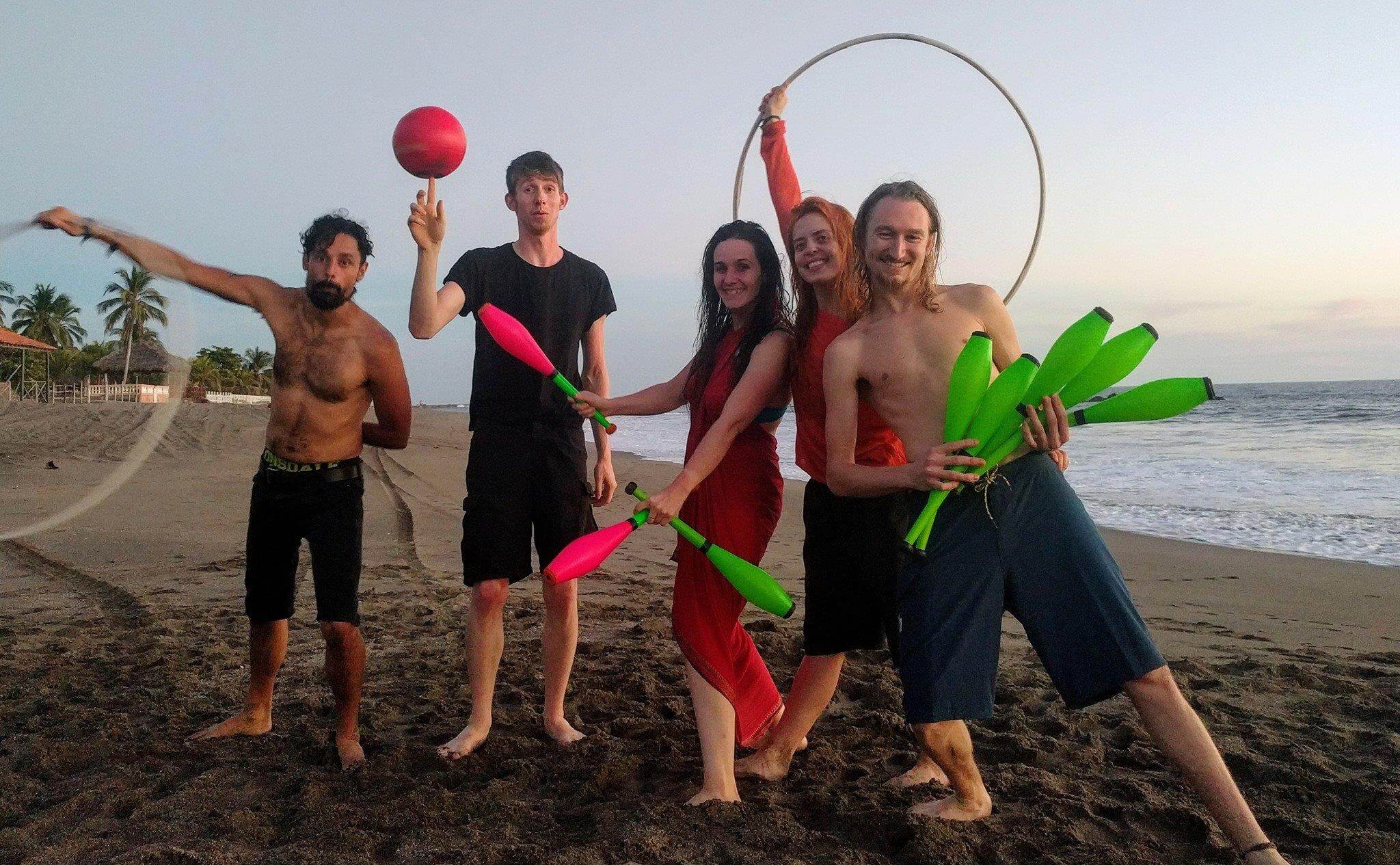 Bea has been part of PWB tours for the last 2 years in both Nicaragua and India and returns to make it a triple dose of PWB fun in 2017! Bea is a super dooper hula hooper based in Brighton, UK. She is founder of the Hoop O Clock movement which started in the UK and has spread to Australia. Whilst not hula-hooping she is a flight attendant and considers herself ‘Spanglish’. Welcome aboard Bea!

Esther Fuge, 25, UK.  Esther initially studied as a contemporary dancer at The Place in London. Following her sense of adventure she started working as a circus artists with NoFitState during their two year tour of Open House. This stirred a passion for community work which led her to set up her own projects including Wales first hoop convention; Whoopi and a community performance company called Splatch.
For the last few years she’s been reassessing her career choice. She says “It’s been projects like PWB that I’ve been dreaming up and envisioning how it could happen. I know I will continue to work on community performance based projects and feel that an experience like this would inform and shape my personal and professional projects which in turn would affect the communities I would be working with, especially on an international level”.

Sam Goodburn, 22, UK.  This young circus artist has won multiple awards for circus including the British Freestyle Unicycle Championship and the overall winner of the search for the UK’s Best Circus Act. He has performed throughout Asia and the Middle East,at Glastonbury Festival and with NoFit State Circus and to audiences as big as 15,000 as a clown on a BBC arena tour.  After seeing first hand the effect circus can have on a under-confident, shy kids, he wants to spread the seeds for more children and use the main tool he’s got to have a positive impact on peoples lives. He wants to rediscover himself after doing one too many corporate gig. Sam says “I’m only 22 and I hope to have a long career in circus and I want to make sure I continue my journey with the right approach”.

Ali Wilson,32,UK/NZ. Ali has been performing and teaching circus skills since 2013. Specialising in hula hoops he has a passion for breaking down technique and helping people find their own inner performer. He has lived in 4 different continents, is a total travel addict and hopes he can bring his experience of working in developing countries to the PWB tour. Ali says of joining PWB Nicaragua: “This is literally the perfect synergy for the two great pillars in my life”

Eli March, 29, USA.  Professional juggler Eli March is known for his fluid style, originality, and clean execution. Eli produces and directs the theatrical LED and Black-light troupe Circus Luminescence and is a highly regarded teacher and performer at numerous festivals.
Eli truly believes that “laughter is the best medicine…The laughter and smiles of the children is a currency I would like to be rich in”