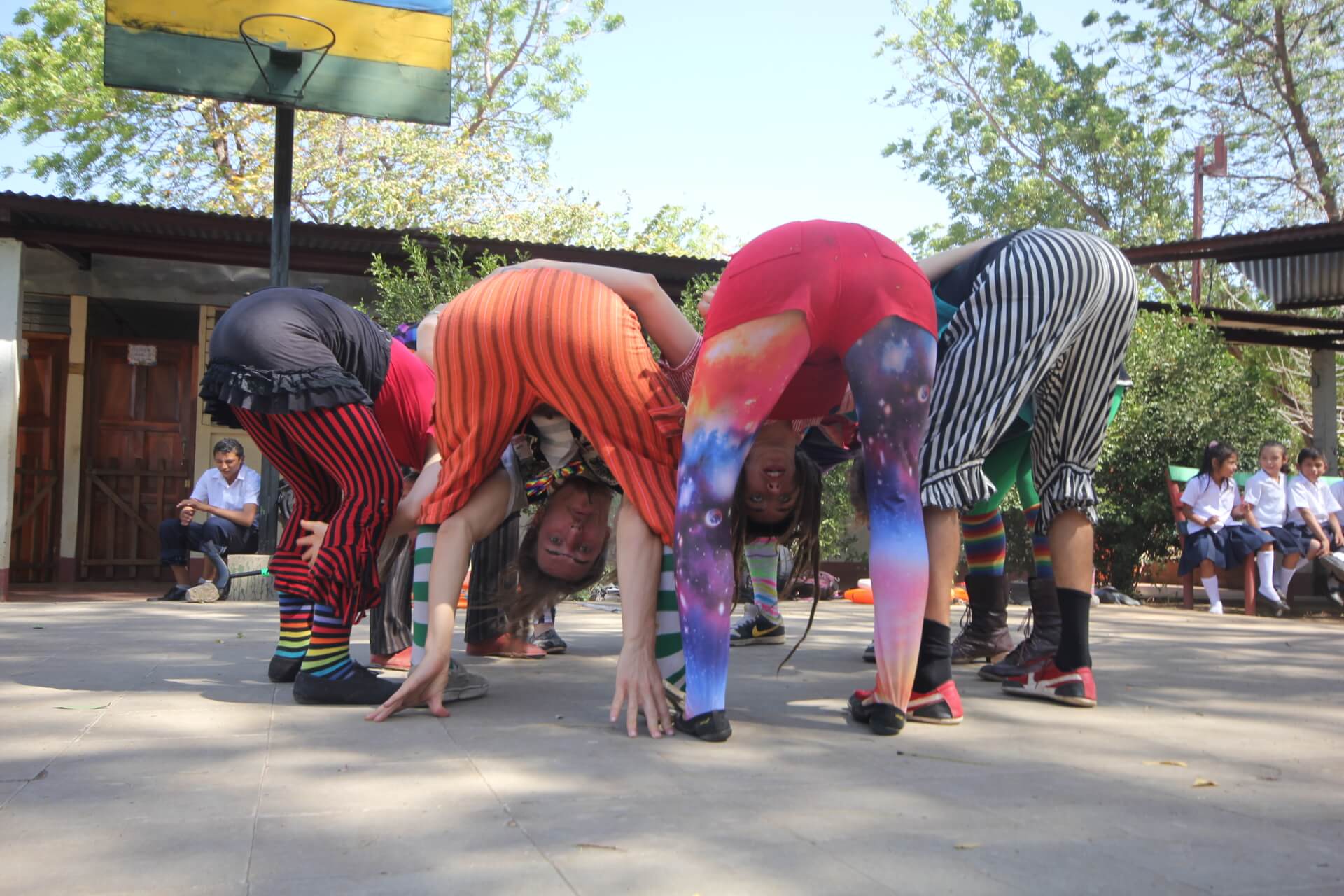 Aileen was part of the Nicaragua 2014 PWB team and has since returned numerous times to explore the country more.  She now takes on the role of coordinator and is looking forward to being involved with the partners again and seeing how the children have progressed.  Aileen is a skilled staff manipulator and performer who has taught and performed internationally .

Rachel is a dancer, performer and circus artist currently living in Australia. Having discovered the benefits of circus, she strives to share this passion with others.  She first met and was inspired by PWB whilst traveling in India in 2013 and has been performing circus since then, including starting her pwn company, Switcharoo Circus

This will Andy’s 3rd and half trip with PWB. He first joined us in 2011 in India, then coordinated the India tour in 2013, as well as running a mini tour to Turkey in 2012 supported by PWB and Camcircus. Andy does a bit of all things circus and recently ran 5km whilst juggling (joggling) to raise funds for his forthcoming trip!

A physical theatre practicioner specialising in clown and dance, Racheli has been performing for the last 17 years.  She has taught children for about half that time, in a wide variety of capacities and says she would like” to be a part of a community that creates an uplifting, playful and healing space and it seems like this (PWB) would be a great way of doing so”

An acrobat and prop manipulator, Juniper has been teaching circus and gymnastics  to children for the last 4 years.  She has travelled widely and looks forard to bringing smiles to the kids in Nicaragua. She also cites being clean as an important attribute of working in a team!

Alex has been a performer for, as he puts it, ‘most of his life’. He works with a wide range of circus skills including juggling, acrobatics and prop manipulation.  He has been teaching for about 10 years and says “there is little more rewarding than seeing the pride on a student’s face when they understand that they can do something that was previously impossible for them”

This will be Jake’s 3rd PWB tour and 3rd trip to Nicaragua! He was part of both the 2013 and 2014 PWB Nicaragua teams and stepped in at late notice this year once again! Jake is a skilled performer and circus artist, specialising in slackrope, juggling and diabolo.  He also likes walking on highlines across canyons, between buildings, or wherever else he can get a line up between 2 solid places.