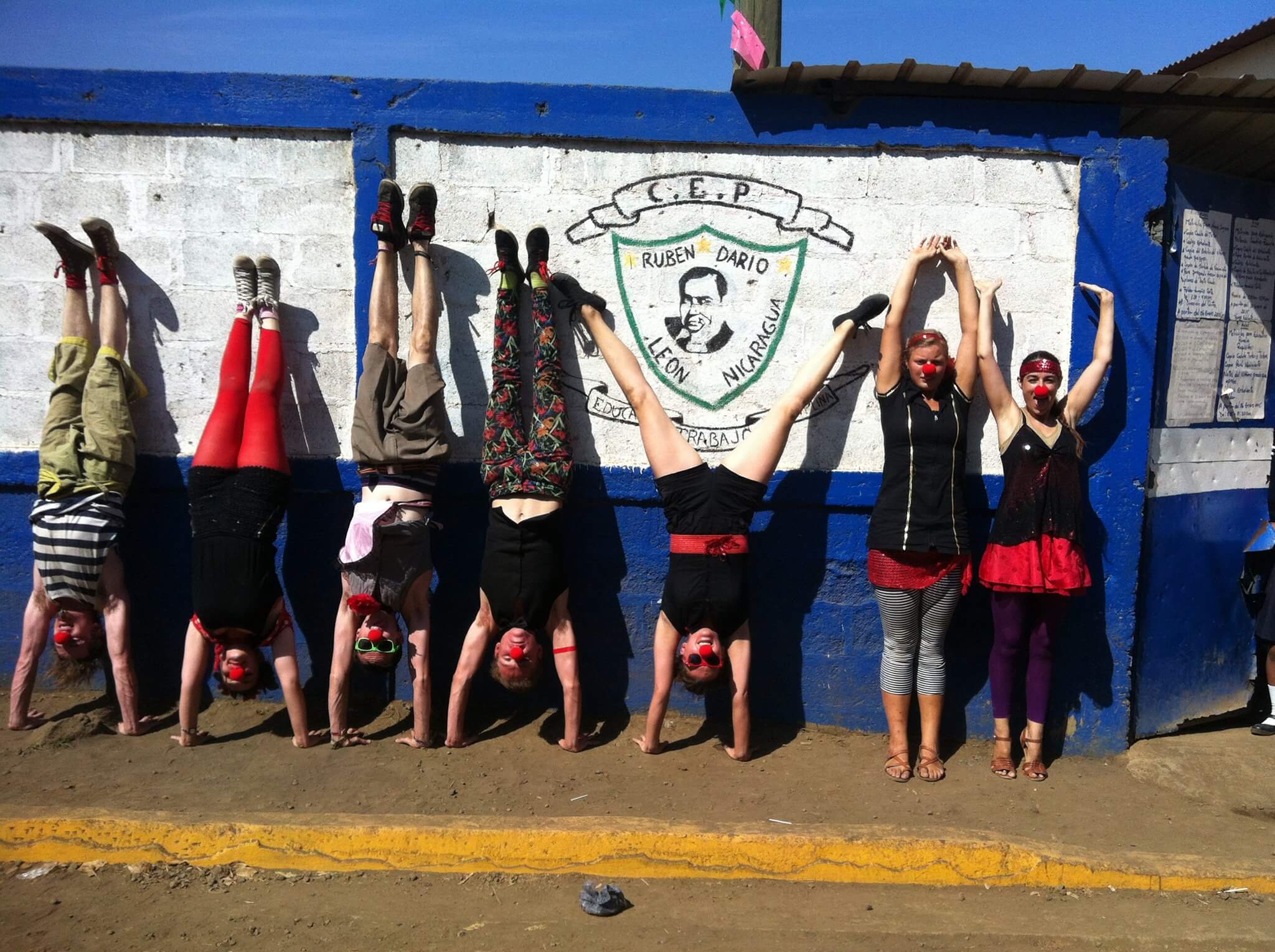 Oihana Garde, Spain/UK.  Oihana will take the helm of Team Nica. Oihana was part of the first PWB tour in 2007/8 and has since danced and performed all over the UK. She has acted in a variety of independent films and works with Naia Tribal Fusion dance troupe. Oihana is a strong believer in the power of drama and dance as therapies to help people develop confidence and empower themselves.

Team:
Emer Greenford, Ireland. Emer is a juggler and manipulator and says that circus is a huge part of her life and has shaped her personality to a certain extent. She has traveled in Indonesia where she spent a year teaching english, and she was in the Philippines earlier this year, volunteering as part of a disaster response team after the earthquake.

Josh Sambrook, UK. Josh is the youngest PWB volunteer to date! He has packed a lot into his 18 years – competing in triathlons, at a national level with fencing and diving, and cycling the length of Britain…as well as all this, he has been into juggling, unicycling and acrobatic from an young age and says he has ‘a real enthusiasm for living life to the fullest’

Beatriz Asenjo Vicente, Spain. Bea is a ‘super massive safe’ hula hooper currently living in Brighton, UK. She is also a flight attendant and sometimes entertains her passengers by juggling. Bea says ‘I LOVE hooping, juggling, general spinning, playing and everything circus!’ and founded the Hoop o’clock collective, running workshops and skill exchanges…so what time is it? HOOP O CLOCK!

Karen Edelenbos, Australia. Karen is an experienced circus performer and has been teaching social and community circus for 10 years. She performs juggling, hula hoops, acro, trapeze, adagio and clown and recently performed at Melbourne Fringe festival where the show she was in won the ‘peoples choice’ award. Karen loves ‘teaching circus and sharing the love with people!’

Paddy McCrea, UK. Paddy is a recent graduate of Circomedia and specialises in hat juggling and manipulation. He is currently teaching on the Circomedia BTEC course and also enjoys Diabolo Cigar Boxes, Rola Bola, Devil Stick, Walking Globe, Contact Ball and Staff. Paddy recently ran a successful fundraising event on Bristol and thinks his biggest challenge on tour will be learning Spanish!

Graham Cable, UK. Graham discovered juggling whilst at university and his particular interests are toss juggling and manipulation with clubs and balls, and contact juggling. He has recently been living and juggling in Berlin. Graham took part in the PWB mini tour to Turkey in 2012.