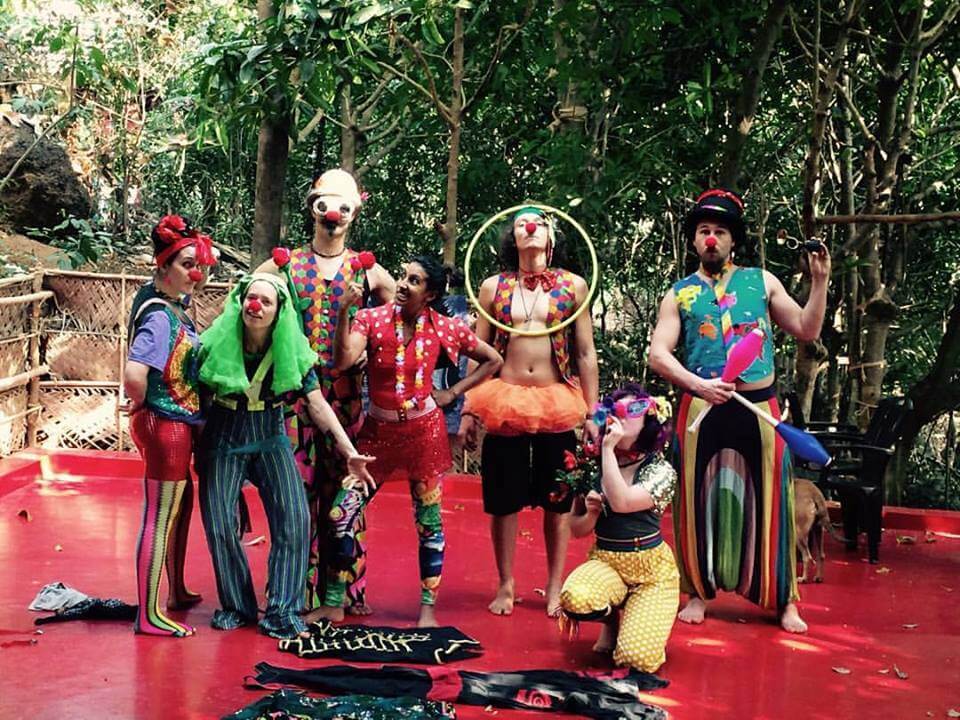 Tour Memories – Looking back with past Voulenteers

Shouniez aka Girl Pixie from the duo, The Fiery Pixies. I love to move, dance, play and spin! I enjoy many different props but my favorite is HPS! I began my flow arts and circus journey in 2008, learning poi, after being completely mesmerized when I saw a girl spin Fire Poi on a beach in my home, Cape Town South Africa! In 2011 I found hooping and I was in LOVE. My hoop has become my partner in life and travels with me everywhere I go. In 2013 I packed up my life in South Africa and began to travel the world. Thanks to my beloved plastic circle I have traveled all around the globe, teaching and performing, alongside my husband and flow partner, Shaheen aka Boy Pixie! 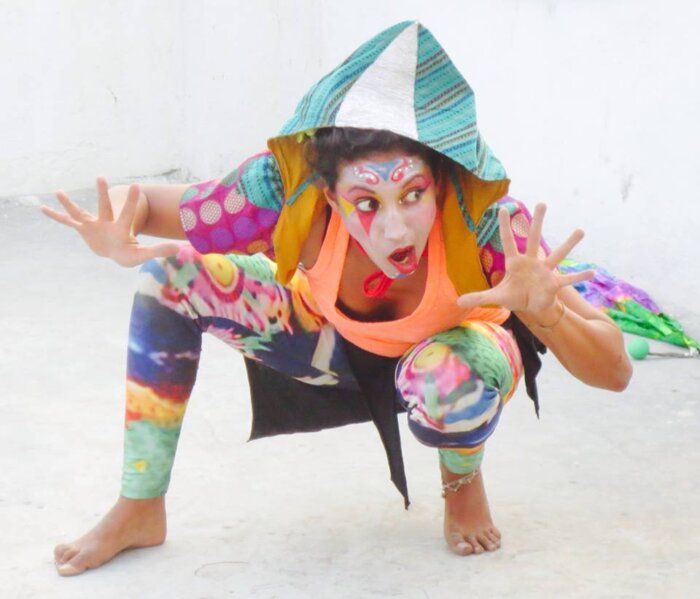 To this date, the PWB tour 2016 is still one of the top highlights of my life.

It was an eye-opening and life-changing experience. It is so difficult to pick one memory because I revisit so many different moments all the time as I often reflect back on many lessons learned and times of inspiration.

If I have to choose one it would be, teaching alongside Manish Kumar! Manish was a little kid when the first PWB tour went to India. When I was on tour in 2016, Manish was 19 years old and joined the team on the final leg of the tour in Darjeeling and was teaching alongside us. It was magical to see the success and magic of the previous years of tours, through Manish. I truly enjoyed our long conversations, hearing about his memories of all the years that PWB had returned to his home in Varanasi. He told me stories about how circus has changed his life. He shared with me how he saw circus change his community. He told me that he saw the change in kids from Varanasi that committed themselves to learning from the PWB team. They were happier, more confident and changed forever.

Manish was a big inspiration to me on the tour! I am so proud of him for following his dream to study art and graphic design. It’s not easy for a kid from Varanasi to break free from the “norm” that is set out for them and to pursue his destiny…to pursue his own happiness. To this day I am still in contact with Manish, we catch up often and I follow his incredible work online, @naga_ashura on Instagram, as he is about to complete his Graphic Design course. 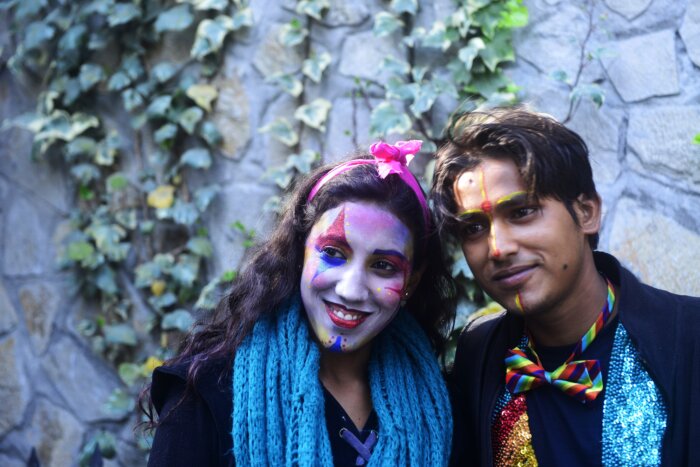 Living, working, traveling, eating and sleeping together with the team for 4 months in a foreign country is not easy. Especially in India!! Travelling India is already quite challenging, long train rides and upset tummies. Circus, flow artists and performers usually have strong and eclectic personalities. Bringing these fun and crazy personalities together can have its challenges. However, we always worked through it all with clear and open communication. At the end of the day, we were all there for the children and everyone always agreed that this was the most important point in any moment. Even though this was a challenging part, it was also one of my most memorable aspects because I received so much growth in learning from the team and how to work through these challenges. I had changed so much by the end, as well as watching everyone else grow and change so much over the 4 months too. By the end of the tour, we were all a solid family for sure and we always had each other’s backs. 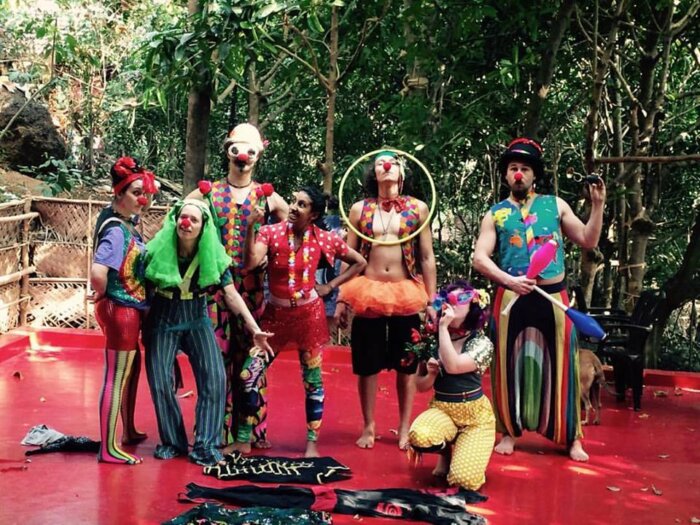 My biggest achievement was empowering the girls I got to teach. Culturally, I observed that Indian women and girls are usually very shy and often lack confidence, (in a male-dominated society.) I got to uplift these girls. I saw their confidence grow and shine. Through learning circus skills and performing in front of 100s of people, I saw their belief in themselves grow, their confidence in themselves grow and the smiles on their faces get bigger and bigger. They were glowing by the end. Being able to help these girls find their power, learn that anything is possible and build their confidence, I believe allows them to realize their full potential and they can achieve any dream they set out for themselves. 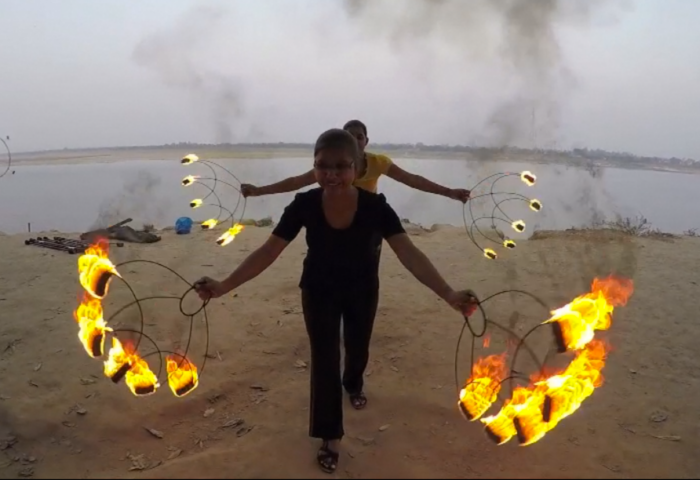 We were Aliens that landed on Earth…in India of course, and we were discovering the world for the first time. Adjusting to gravity, through an acrobalance scene, finding interesting props along our journey and figuring out what to do with these props, through hat juggling, mini hoop manipulations, juggling and many more. The theme mirrored the actual reality of our existence in India. We were foreign/alien to the place and the people also saw us as strange interesting creatures. Walking around the streets of India, in crazy costumes, funny painted faces and loaded up with strange-looking props. It was fantastic and we actually lived our show every day. 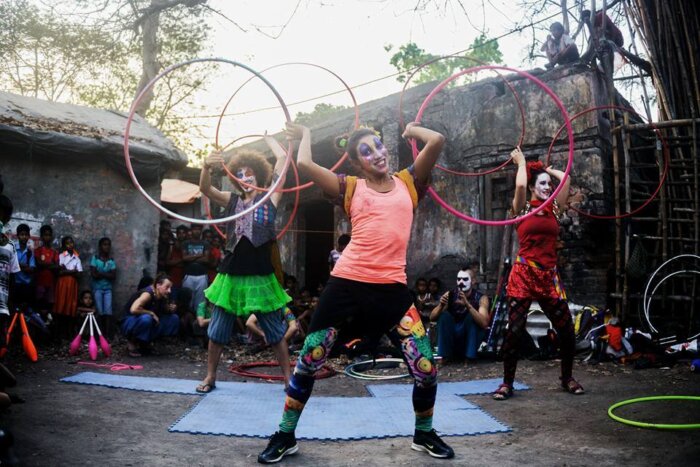 What was your biggest breakthrough in teaching?

At the end of each tour, the kids proudly performed the skills they learned during their time with us. In order for the show to be ready, I realized I needed the kids to commit to playtime and practice every day! Once the kids had decided they wanted to be a part of the show, I spoke to them about commitment, teamwork and dedication. Circus is a discipline that requires commitment and hours of dedication to become better. I was happy to see them take this on seriously and I saw amazing results during my time with them. I wanted to leave with them having truly up-skilled their circus tricks and repertoire. I was teaching a group of girls hooping and an older group of girls fan tech. I reached a moment when I realized their show was ready to perform. Soon they would be up on stage by themselves and owning it! I realized I needed to build them up and then step back to allow them to take ownership of their own show. They had worked hard and now it was their time to shine. I guided and helped them create it, but I told them it’s not my show. It was for them to be proud of their show, as their own, as they perform and share it with their audience.

They were performing for themselves, not for us, not for their parents. They had worked hard on practicing and training and now it was their moment to receive the rewards, praises and cheers of their success. 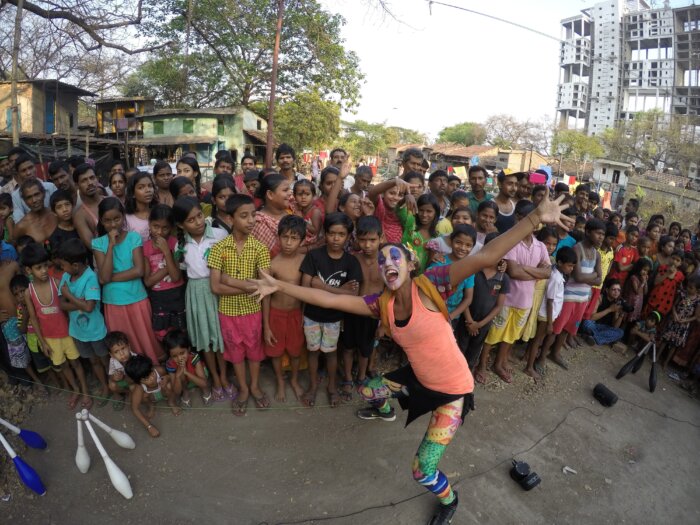 Firstly, I just BELIEVED and trusted in making this come true. I believe in the PWB tour and their work so much! I believed with all my heart I was going to go. At the time of applying and when I got accepted, I had no idea where I would get the funds but I just BELIEVED.

To raise funds for the tour, I made a website, explaining everything about PWB, what we were doing and why it was so important! I still managed to find it here… https://pixiespwbfundraising.wordpress.com/ It is so amazing looking back at it now

Using Facebook, social media, meeting other artists while touring and traveling, reaching out to friends and family, along with my husband, we managed to raise 75% of our funds!

We spoke to everyone we knew, we emailed, phoned and private messaged everyone and asked them for support. All along our travels to circus conventions and circus communities we spoke about the PWB tour and the great work the tour does and what we will be doing and reached out for support. We were so happy to receive so much support from the global circus community. I am so proud to be part of the circus community and one of the reasons why I love this community so much! The people in the circus and flow communities are all so wonderful, happy and giving. 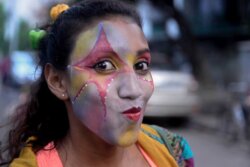