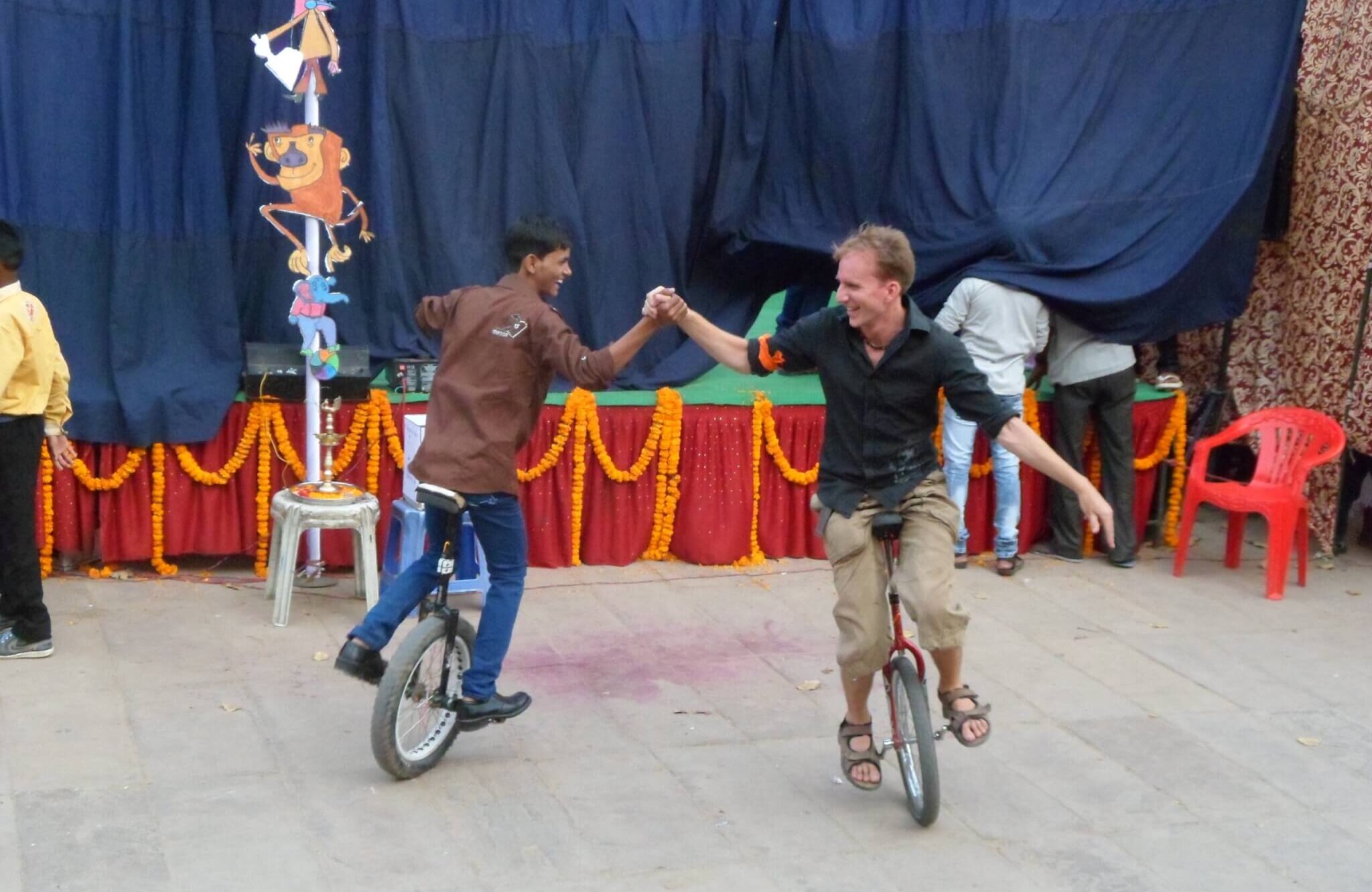 Tour Memories – looking back with past Volunteers

I’m Andy Long. Once of the UK now resident in wonderful Australia. I first heard of PWB at a convention in Nottingham in 2009, I knew I wanted to travel but also wanted a purpose for travel.

I volunteered for the India 2011 tour. Organised a mini-tour to Turkey in 2012, was tour coordinator for the 2013 India tour and volunteered again in 2016 to tour Nicaragua.

In Australia, I co-founded Roundabout Circus a not for profit community circus on the Central Coast NSW. 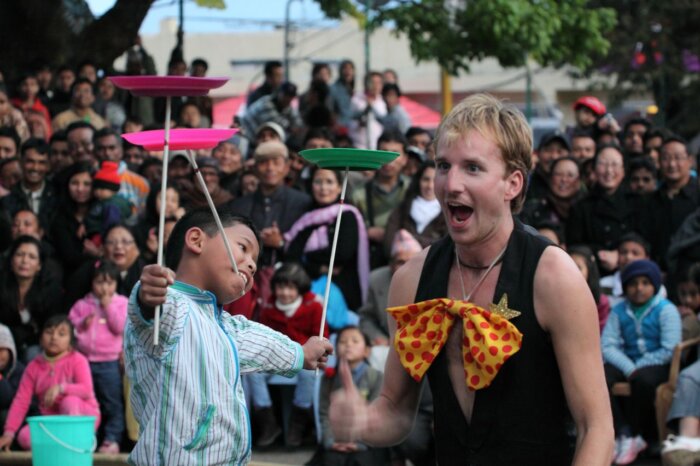 So so many. India itself, as a wonderfully welcoming place. SKCV drop-in centre our first workshops, performing an amazing show in schools, halls, outside in the mud and cowpats.

Working with the amazing Edith Wilkins Street Children Trust in Darjeeling. A deaf school. A girls home in Kolkata where they treated us to an amazing performance.

Container camps in Turkey and the Ninos in Nicaragua so skilled and eager to learn. The children performing on the street for huge crowds and enjoying watching their hard work come together and showing their community what they can do.

What areas or aspects of a tour challenged you the most?

I’ve been lucky to always have an amazing team on my side and I seem to have a stomach of steel and very rarely got sick on my trips. On my first tour, I found it tough to leave the children behind. Returning to the UK and my real professional job was a huge challenge, one that ultimately the circus won.

Seeing the poverty but knowing we were trying to give some positivity to the situations. Turkey was by far my toughest tour but we still made an impact.

The end of a tour was tough for me as I honestly thought I could have just kept ongoing. 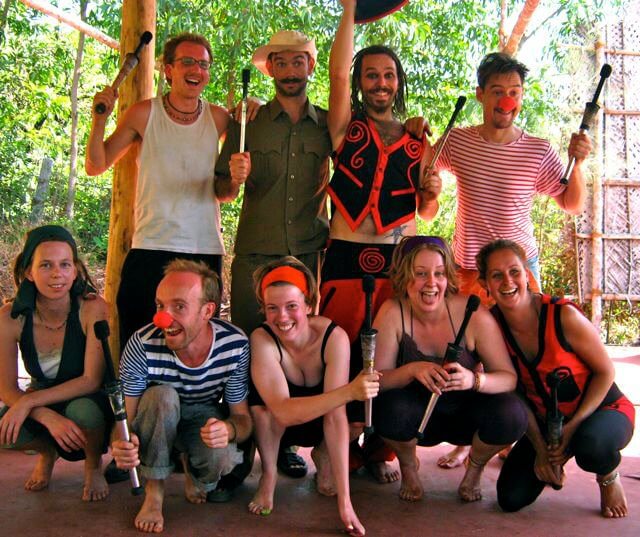 What was your biggest achievement on a tour?

It has to be the children’s performances, especially in Varanasi in 2011, Darjeeling in 2013 and the Los Qincos in Nicaragua 2016.

I was not a performer until my first tour, it taught me so much. At first, I was nervous and upset for missing tricks but due to the great team, I realised how to be at ease and the welcoming crowds of India spurred me on to be the performer I am today.

India 2011 we had a street scene kinda show. I played a fruit seller who got all his produce stolen, so I tried my hand at Tuk-Tuk driving but it blew up so I became a waiter and knocked myself out. It was fun and full of skills and of course a very serious Policeman.

India 2013 we were school kids working together and having fun.

Nicaragua 2016 we were all in the phone world except for our clown who would wake us up and show us the beauty. This concept didn’t work as well as we thought as most of the children/audiences didn’t have phones and hadn’t entered the silicon obsession as we have. 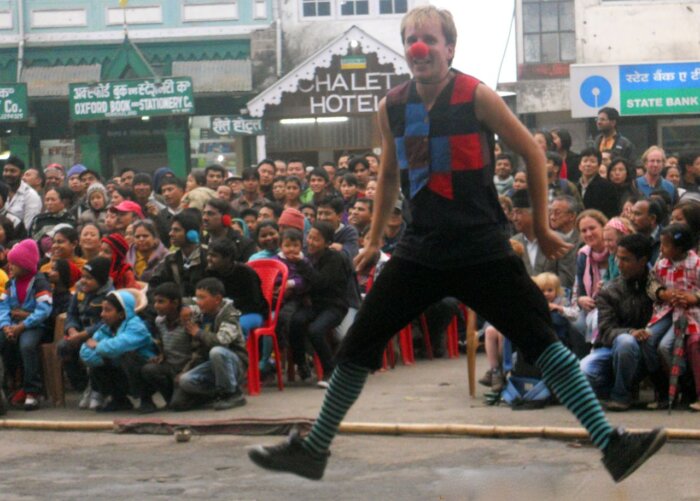 Teaching through the language barrier with exaggeration and mime, worked incredibly well.

Both trips to Varanasi were incredible teaching fire to students for the first time, including a solo flower stick routine and very happy to add a girl spinning staff alongside the boys. A big deal in India.

So many joyous memories especially with teaching unicycle and the dedication of the students. One girl, in particular, would grip onto my arm for dear life and suddenly come show day she let go and continued to ride around the park for another hour or so in Nicaragua. 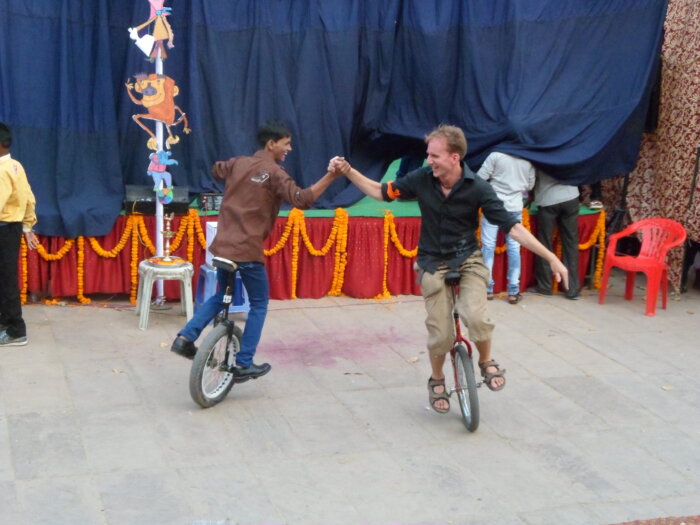 For my first trip, I did a Unicycle Haircut: https://www.youtube.com/watch?v=9Io-XVPq_c8

For Nicaragua, I did some Joggling: https://www.youtube.com/watch?v=gdMnbkv5r9g

Also put on a cabaret night and a very successful Quiz night, workshops and busking. 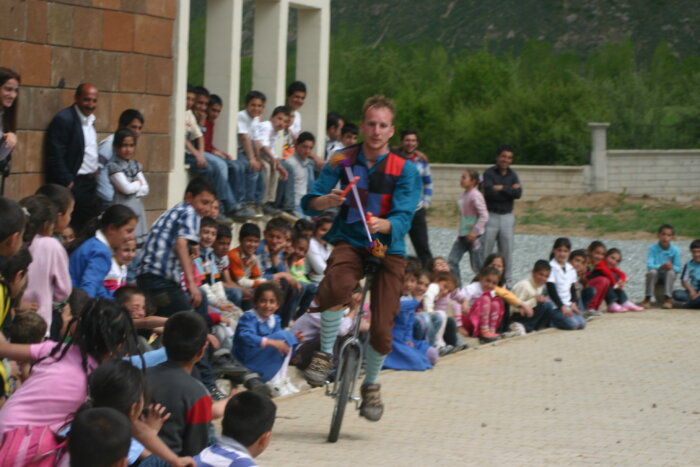