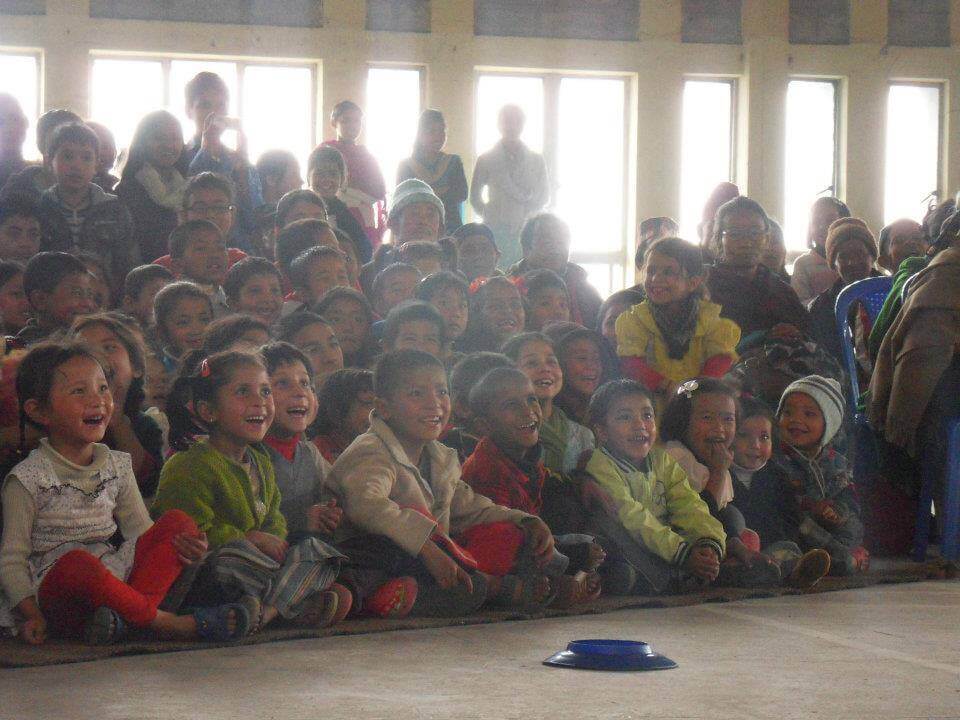 Tour Memories – looking back with past Volunteers

My name is Leo (at least, one of my names is Leo) and I was on the India 2012 tour. I loved Circus from a tiny age and did the BTEC course at Circomedia in 2010/11. I’ve since trained as an occupational therapist and I live and work in an experimental spiritual eco township called Auroville in India. My primary occupation is working with children and young adults with learning disabilities and sometimes I use circus and theatre skills in therapy. 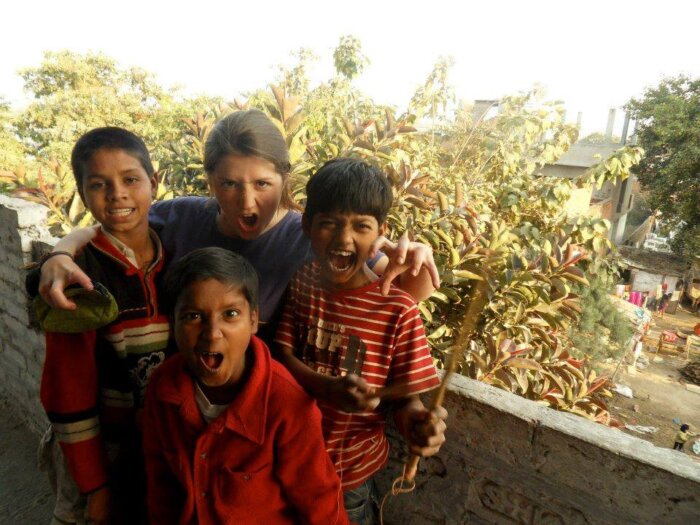 Playing monster games with the diabolo group of boys in Varanasi 2012.

Oh, so many! Perhaps one of the memories that fills me with the most warmth and contentment is simply cycling to school in Varanasi with about 3 kids on my bike and others running after me shouting “Leo didi! Leo monkey!”. I think that was the moment that I felt I’d properly arrived in India.

Performing. I’d always loved performing but had often hidden behind a prop or a character. In PWB I really had to dig deep to find more confidence and courage to perform with my face and my body. 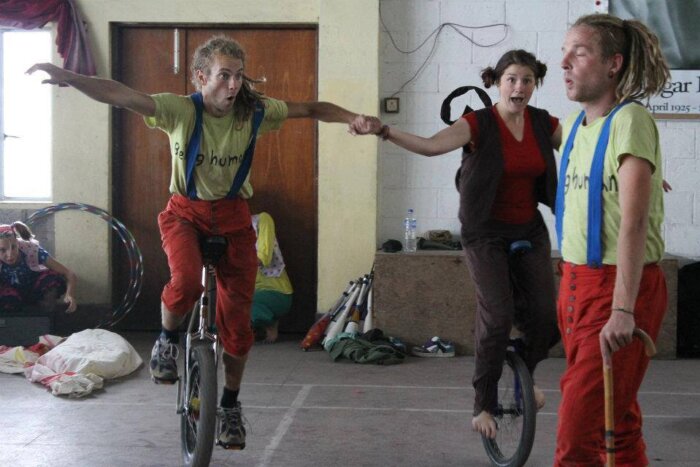 Part of our show!

I’m not sure what my biggest achievement was, but what I felt most proud about was my groups of boys in different schools doing awesome diabolo and juggling routines. It was always such a proud moment seeing these kids who had worked hard but had also squabbled and competed for attention, working so beautifully together to create an entertaining routine that showed off their newly acquired skills. And to see the appreciation from the audience – that was always touching.

I can’t remember anymore if it had a storyline, but there were snake charmers and magicians and twins and I was a monkey. 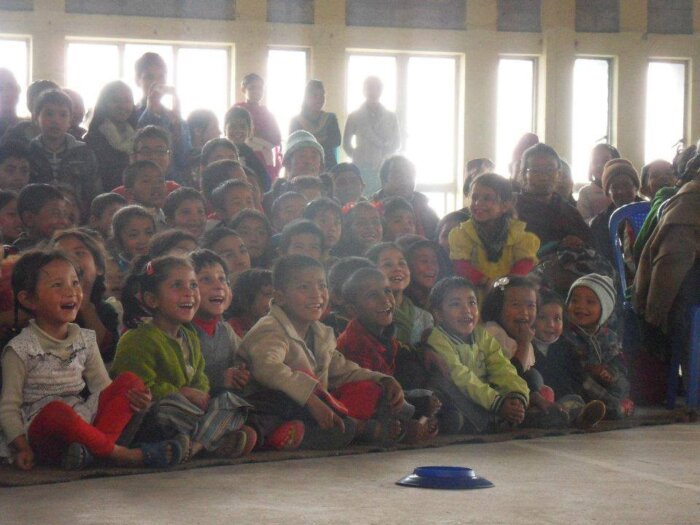 The show going down well with the kids in Darjeeling!

Realising that diabolo lessons are impossible if the kids’ attention isn’t towards the ground. The moment I properly realised this and started asking the children to put their diabolos down while I was demonstrating or speaking totally changed their learning and my enjoyment. 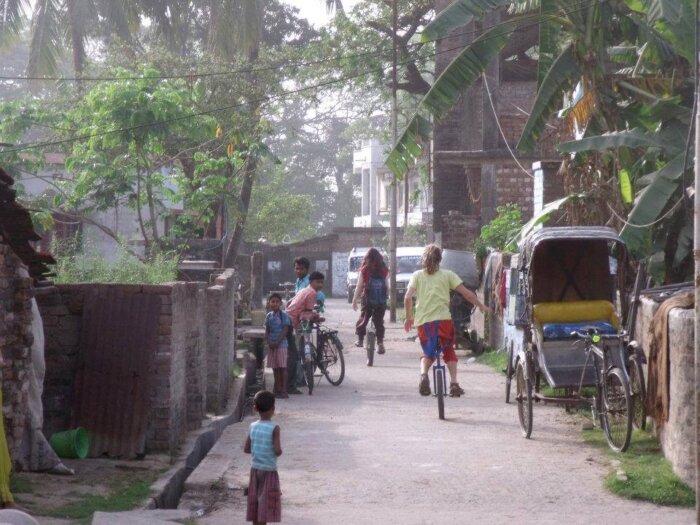 Unicycling whilst on an outreach project in a village in Kolkata