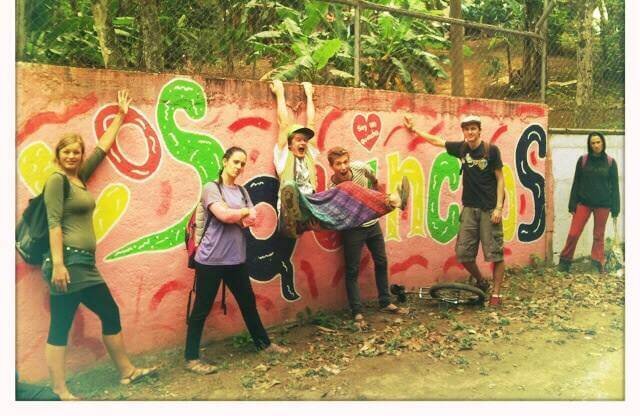 Hello, my name is Poppy (or Emer) I’m from West Cork, Ireland. I specialize in juggling and Circus Theatre. I have a show about bees and that’s what I’m currently working on. I went on tour in 2015 to Nicaragua, feels like forever ago, but it was just after I did PWB that I applied for Circomedia in Bristol, where I’ve been living for the past 5 years. I graduated from the BA in contemporary circus and physical theatre last year and I’m about to start a Masters in Directing Circus. But 2022 I will hopefully be back on a PWB tour! I’m really excited to go at it with all my new skills, I’ve also been working as a kids entertainer for the past few years and I love little people, and adventures, so I can’t wait to get PWBing again. 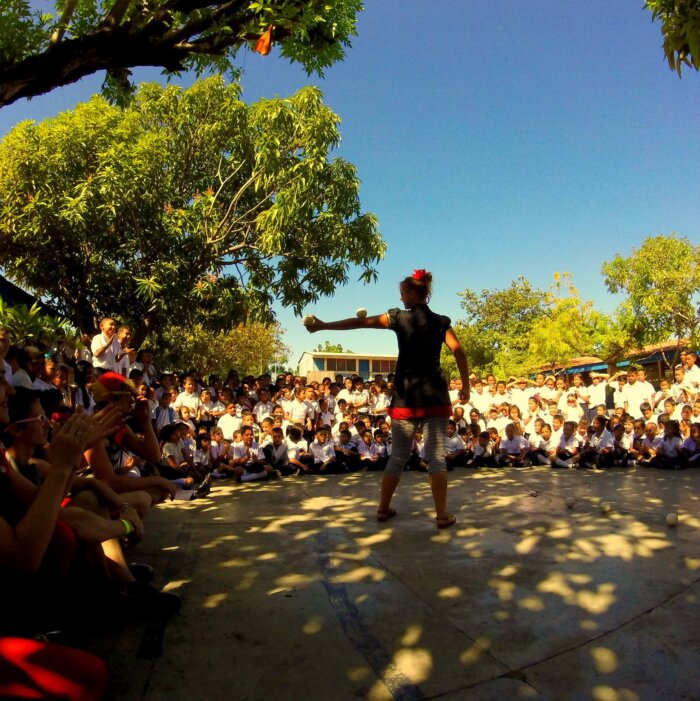 Probably our time at San Marcos, in the orphanage there, the kids were just so sweet and they were so happy to have us there. The main playground where we did the workshops had huge coconut palms and often falling coconuts which were kind of terrifying. Local artists from Granada and Esteli came there too, to perform and teach which was awesome, they were so funny and really great jugglers which I loved. Also, the kids show at the end was pretty special, one of the acts I directed was a group of the youngest boys doing a juggling act and I was just so full of love for them all watching them do the performance. I’d really like to go back there one day!

I didn’t really have much experience in making shows back then, so even putting together my own act was challenging, and as a team, it got pretty intense at around the 2-month mark. I hear this is fairly common though as PWB tours go unless you’re lucky! It is a lot, living and working together in a team for such a long time. I’d still do it all again in a heartbeat. Probably the most difficult thing was leaving the kids that we’d been working with all month, after making connections and spreading smiles every day. Knowing that they won’t have that again until next year, or now not for a few years in Nicaragua specifically. 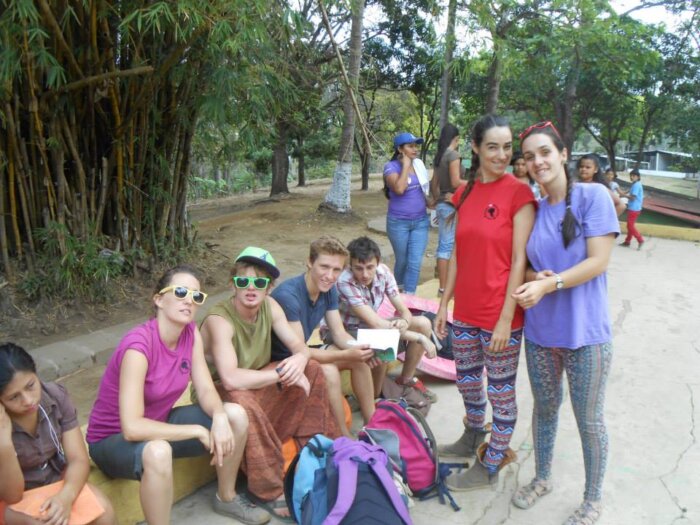 On the tour, what was your biggest achievement?

I wasn’t really a professional performer at the time, so those skills definitely developed, I’ve still never done another show as many times as we did that one and adapting to the environment as some locations were pretty interesting. I also just realised how incredibly powerful social circus can be so I guess I achieved learning a lot about my own values and plans for the future. Oh and maybe eating rice and beans every day for 3 months, I honestly couldn’t eat kidney beans for years afterwards, still, not their biggest fan but I’m getting there and I think we probably ate ice cream every day for 3 months too, which is probably my record. 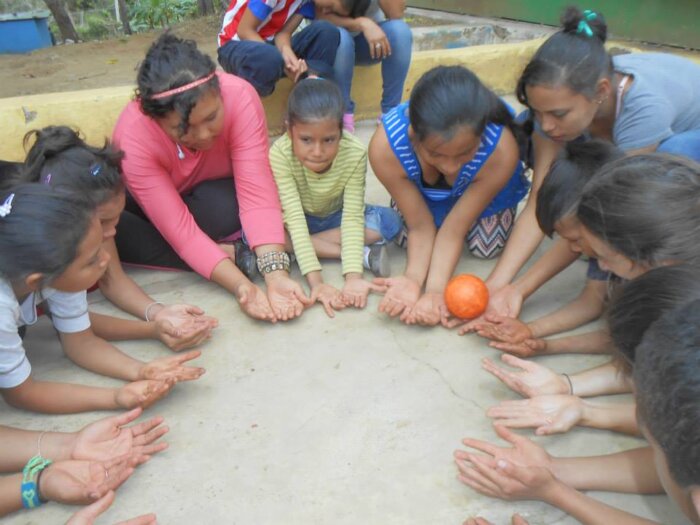 Our show was pretty trad actually, we didn’t have a specific theme, but lots of clowning and some interesting acts, including Karen basing the two boys and smashing the patriarchy, which must have been pretty empowering for all the women in the audience. The finale was a group acro routine and skipping where we all went in the rope and probably can count on one hand the number of times we actually nailed it. But still, it was high energy, big laughs, feel-good kind of show which was fab. I remember doing a lot of very dusty shows! Schools, streets, sometimes just in the middle of the road. So many sparkly sweaty days, lots of joy, smiles and love shared. 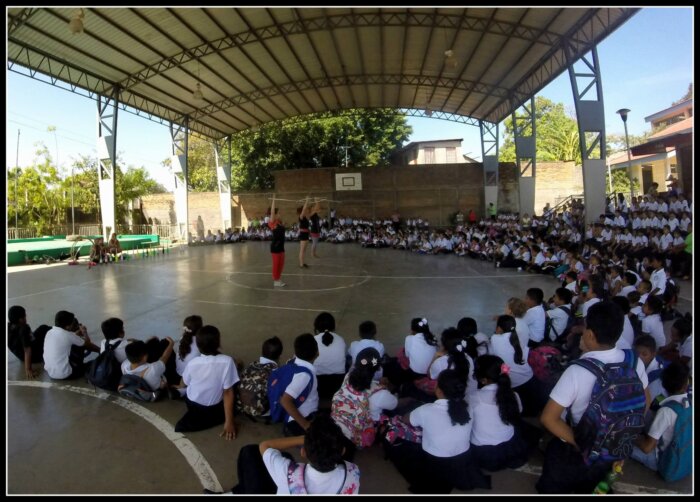 I taught a lot of the little ones, like 4-6 years, so learning through play became the best way of engaging them, which I found challenging at first but it got easier. I remember at Barillette in Leon the kids running out of the room we were in and hiding and I was trying to find them all. There were parrots in cages everywhere, it was pretty stressful, but I learned that it’s just about sensing when their attention spans are up and changing activity. 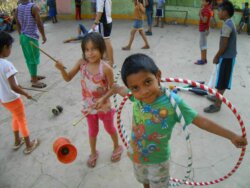 I had some lovely generous friends who did a live music gig in a pub and had a raffle so I think that made over half of it, then I got some sponsorship from family members, and maybe paid a little myself, I don’t remember exactly but I do remember a few years ago when PWB was thinking of closing down, I put on a fundraiser cabaret at Circomedia to help with that as well. 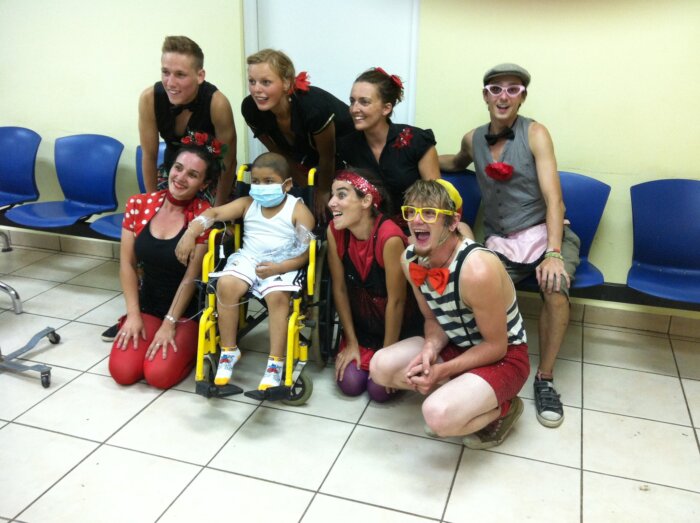