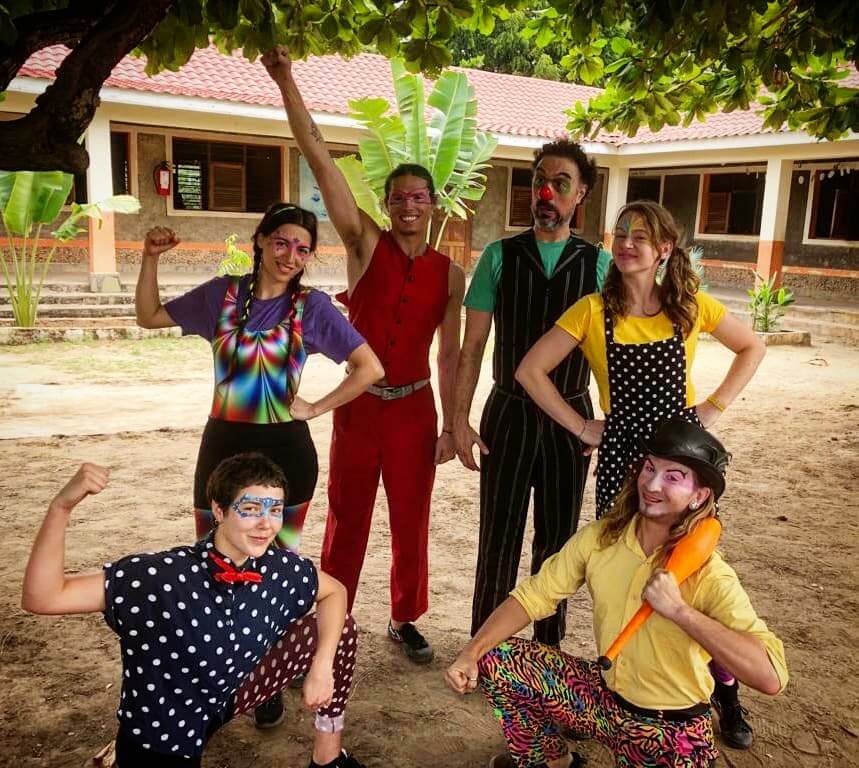 On all sides of the planet there were six talented souls who were destined for greatness. Never did they know that some day their lives would collide in the distant land of Kenya to achieve greatness. All raised learning their unique skill that would soon help them conquer the fabulous art of teaching circus arts.

One day they all arrived in a small place named Mombasa to combine their talents in what would soon become the worlds most powerful circus show while at the same time changing the lives of children and people who may only see what they do as super human. They will too evolve them into superheroes of their own. After day one, the heroes could see that they all held their own unique flare but were open to the opportunity to learn one another’s powers. Awakened early in the day to prepare for the production of the epic story soon to be told.

Abi, the captain of the mothership, wielding her endless knowledge of the forsaken land bringing dance and circus into a swirling tornado of beauty. Hector, master of laughter and creator of smiles. Fer, wielding circles of joy and manipulation of colorful designs. Elena, goddess of intergalactic meteor travel. Hanging on to the tips of shooting stars and directing them along unpredictable pathways. James, leading the way with walking staffs of life, omitting electricity from the tips of his fingers to battle off any unwanted energy. Bringer of zen. And Benjamin, the antigravity technician. Using his abilities to levitate items from their resting place. Together they are The Kenya Performers Without Borders.

After a long week together they have endured much heat fighting against them, trying to break them down but only making them stronger. Forces combined to fight through the dangerous passage knowing that the beneficial end is in sight. Occasionally they enter the worlds sea to wash off the callus that tries to hold them back. Creatures of the land find them quite intriguing and seem to continue to sneak into their lives to grab a small bite of what makes them so strong. Sometimes they succeed but not anymore. Now the squad has completed preparing for their journey and await their departure into the land that they will benefit with their presence. 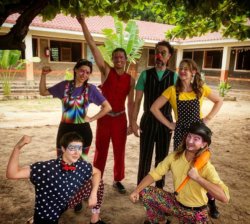 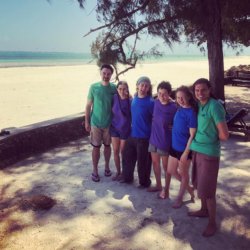