In the small town of San Marcos, 40 minute’s drive south of the capital, PWB works with Los Quinchos, an organisation that provides hospitality and support with schooling for abandoned and mistreated children.  This is the sixth year that PWB has worked with Los Quinchos and there is strong evidence that the continuity of our work here has become a significantly positive force in the children’s lives.

Apart from providing food, clothes, admission to local schools, and a beautiful home, the organisation puts on activities and workshops for the children including dance, hammock making, bread baking, sewing, maintaining a small farm, and lots more.  The children here have a rich and busy life.  The results of this are demonstrated to us by the good nature, maturity, and confidence of some of the young adults who have grown up in the organisation and now help to look after the younger children whose turn it is to learn these values for themselves. 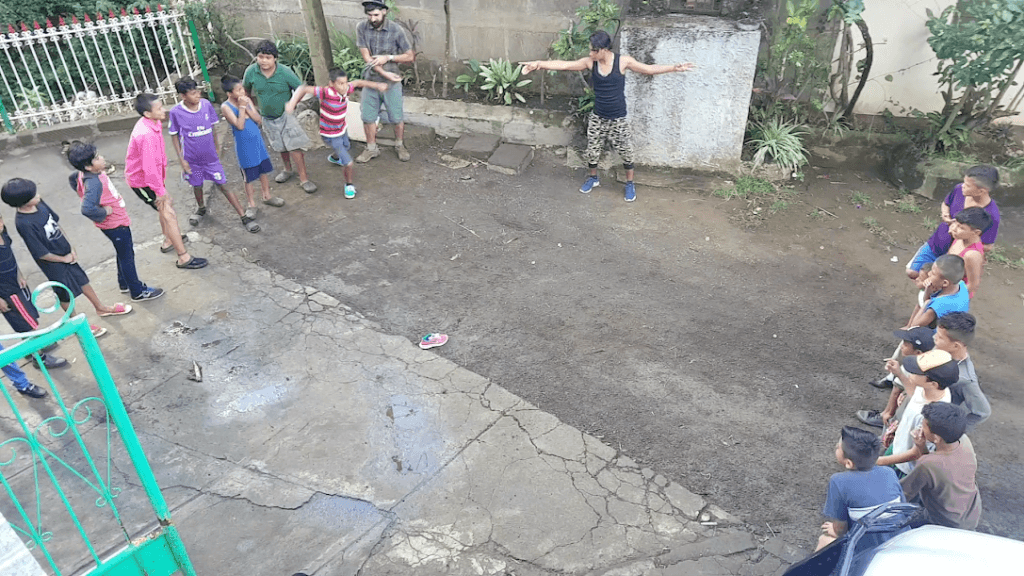 Older Quincho, Carlos, directing a game of ‘Get The Shoe’

This is clearly a wonderful place for the children.  However, it has caused PWB a bit of a problem in the past.  Oh dear.  How are WE supposed to have time to do circus and performing arts with these children when they are SO busy with everything else?!  The feedback from last year’s PWB team was that the children simply didn’t have time in their schedule to attend the team’s workshops.  So, the question we had to ask ourselves this year was, do we commit to spending a full month with Los Quinchos at the risk of not having time to spend with the children?

For me it was a tough question.  This is my fourth tour here and Los Quinchos has always been a highlight, for the nature and receptiveness of the children and the beautiful setting.  However, it is my job to make sure the PWB volunteers have plenty of work to do.  And we are also following up last year’s test run at a new project in Managua, which seems to be offering us the opportunity of daily workshops for a full month with a community that suffers from disconnection, drug abuse, and lack of opportunities for its young people; a possible canvas for some valuable work by PWB.  Due to the length of our tour, determined by visas, we would not have time to spend a full month at both locations.  In the end, we opted for a short, two week stint at Los Quinchos. 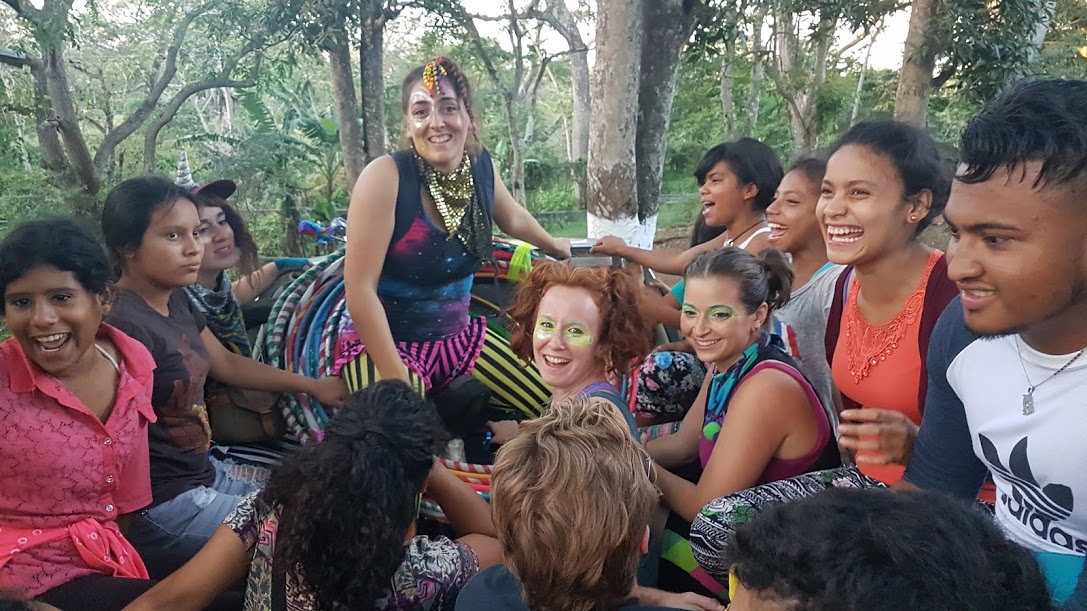 After the first few days, it became clear that the children were not only available for our sessions (due to the bosses putting off other activities to prioritise PWB’s work) but showed a keenness, attentiveness, and enthusiasm that was welcomed with open hearts and open prop bags by the PWB team.  We immediately began feeling slightly disappointed at my decision to spend such little time here.  The team were (and still are!) experiencing a huge sense of satisfaction at being able to share their skills with children who were not only keen to learn but had also already learnt so much from previous PWB teams.  Was it the right decision to spend half the time of previous tours in San Marcos, in exchange for the gamble of a full month with a new organisation in a new community, with no history of PWB work?

The two main questions that came to mind were: what is this PWB team’s objective?  And what does Los Quinchos need?

Apart from the enthusiasm for our sessions, another side of the ‘Circo Los Quinchos’ that we have been made aware of is the regular practice they keep up, in the form of weekly evening sessions (every Wednesday at 6pm) coordinated by Quincho veteran, Miguel.  Back in the early days of PWB’s work here, Miguel was a young teenager who showed the keenness that we now see in the next generation of Quinchos.  Now, when he’s not studying architecture at a local university, he works for the organisation supervising the children.  The result of these regular sessions is that, despite many of the older Quinchos moving on to adult life, the new children have picked up the skills and love for circus that PWB have shared with the organisation over the last five years.  So, do we really NEED to spend a full month here if so much of what PWB offers is continued by the organisation itself anyway when we are not around?  After all, for a charity to be truly successful, its work should become unnecessary … 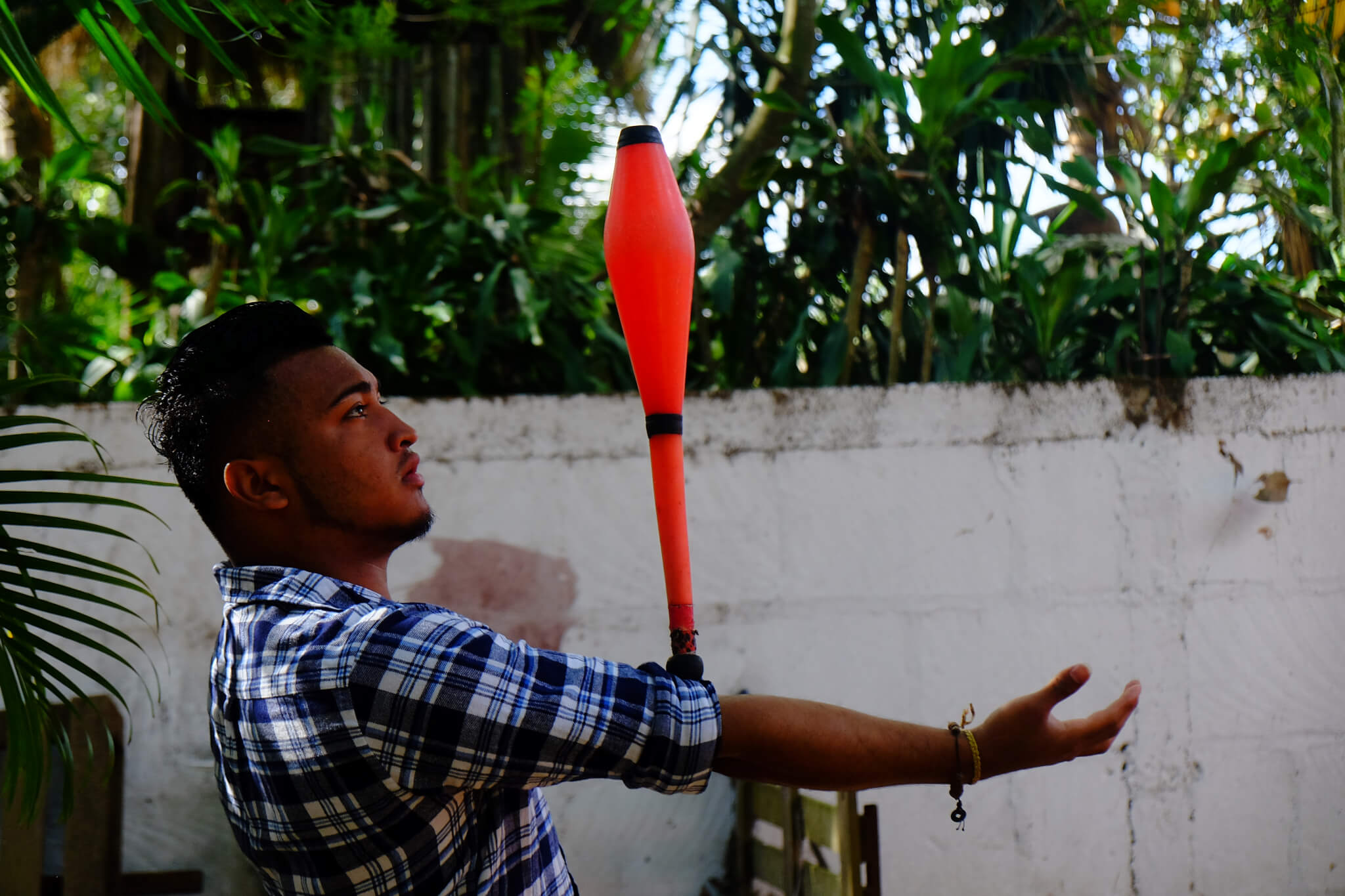 I have no doubt that PWB should continue to visit Los Quinchos during its annual tour, but maybe, when there could be so many young people in many parts of Nicaragua benefitting from PWB’s playful work, our time in San Marcos should be more like a shorter term ‘top up’ of what we have already created here.

So we are making the most of our time here, trying to focus on teaching performance skills to the children who already have so many skills with circus props, and enjoying the satisfaction of teaching more prop based skills to people who already have such an understanding of the learning process.  And we are preparing ourselves for the challenges of working in Managua with people who have no experience of our processes, theories, and serious silliness that have proven to be such a success in San Marcos, but will hopefully gain so much from it.

There you have a relatively little summary of something that’s been on our minds over the last week.  It hasn’t really left me with much space in the word-count of this blog to give you a rundown of what we have actually done during our time here so far, but rest assured it has included the usual antics of animated group games, performance foolery, and workshop mayhem, just the way we love it. 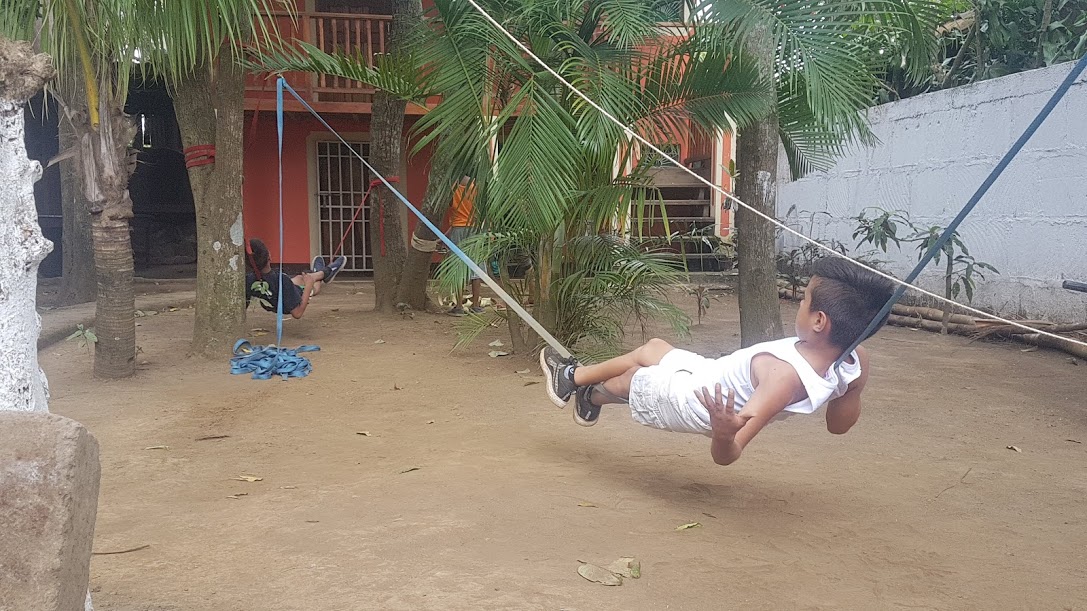