In the UK, we have been busy interviewing and putting together our 2016 teams…meanwhile in Nicaragua we have been quietly getting on with a new FIRST EVER for PWB.  Since the 2015 team left in March, there have been regular(monthly-ish) workshops at both of the locations that PWB work at whilst on tour.  But how? you may ask…

Well, on our first visit to Nicaragua, we met El Nido de las Artes, a group of talented young performers who had just been introduced to the delights of circus and juggling in particular. In 2014 we returned for our 2nd tour and found not only that they had developed their skills impressively quickly to a high standard but that they were also running their own small social circus project in their home town of Estelí.  We invited them to teach and perform with the PWB team at both of our project locations, with great success – the children of course loved having locals to teach them, and they brought a wide variety of skills with them – clowning, acrobatics and juggling are their specialities. 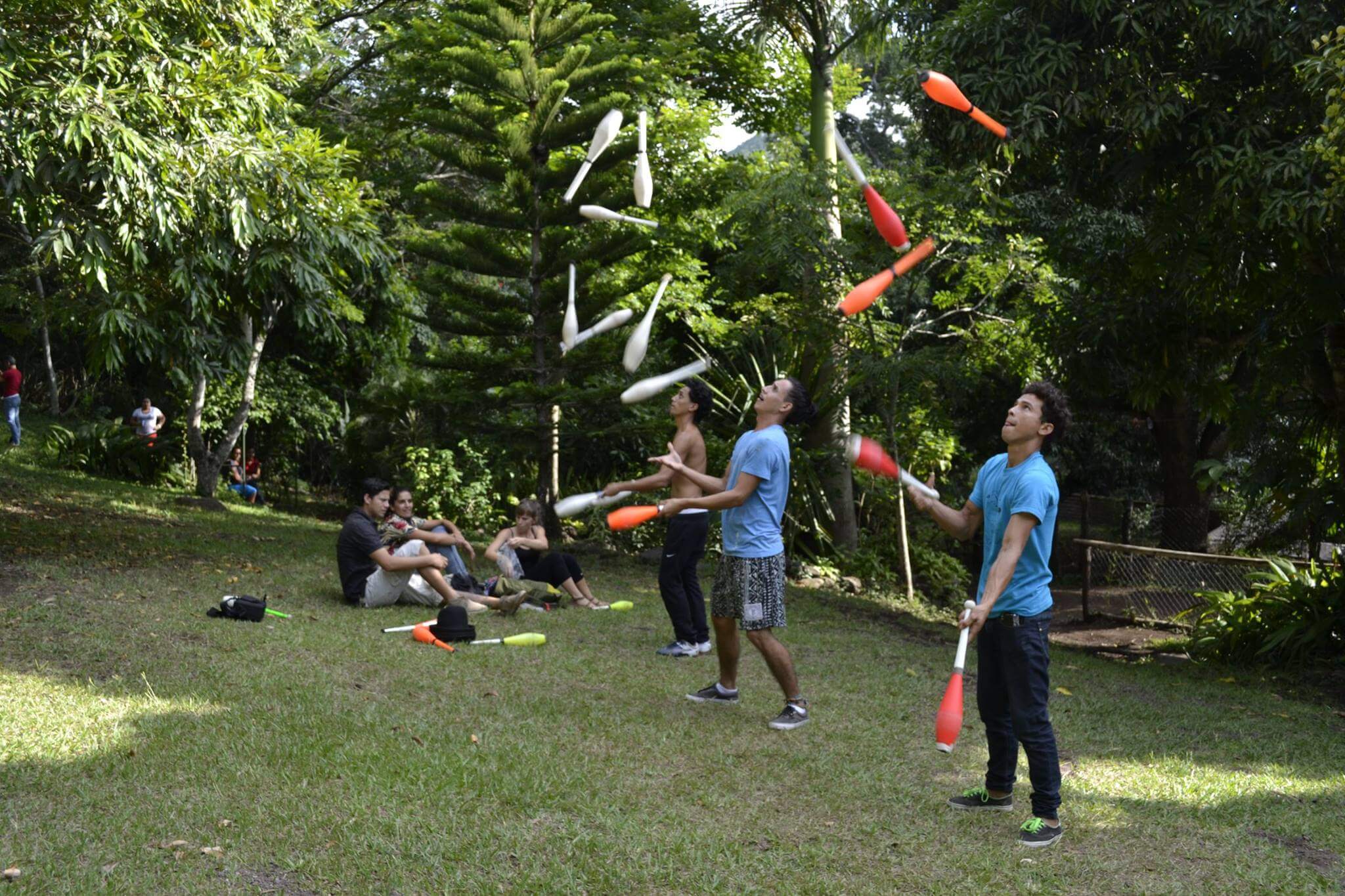 This year El Nido again astounded us with their technical progress (there are three of them this year that are working towards a solid 5 clubs!) and again visited both projects to teach and perform alongside the PWB 2015 team, and it was suggested that when the PWB team left, maybe the teaching could continue with El Nido taking the major part of responsibility for this.  On return to the UK, we discussed how PWB could facilitate this and we decided that we would pay the teachers both a wage and cover their costs (travel, food) and that we would also like to employ an ‘in-country’ coordinator to oversee the workshops and provide feedback.  Suitable candidates were suggested, amongst them Edwing Cuadra, the university educated son of Amalia from Las Chavaladas (PWB’s primary contact for outreach work in León). Edwing proved to be the right man for the job and has become PWB’s first overseas co-ordinator, taking the role of overseeing the monthly workshops in Nicaragua.  What follows are some details from the first reports Edwing sent to us:

A total of 18 children attended the workshop and 2 teachers from El Nido taught acrobatics and juggling.  The children were very enthusiastic and were engaged in games and theatre exercises in both a morning and an afternoon session.  They remembered some of the human pyramids that they had learnt with PWB and were very excited to learn new tricks.  Cesar and Enrrique, the 2 teachers, were very good at keeping the children’s boundless energy with games and comedy improvisations.

25 children were at this workshop, which was given by El Nido. They taught acrobatics and clowning in an afternoon session.  The children were very keen to practise their skills but some had to leave early due to family visits and a dance workshop happening the same day

This workshop was given by Levis and Lester from El Nido and they taught acrobatics and juggling.  Edwing interviewed three of the children that attended: 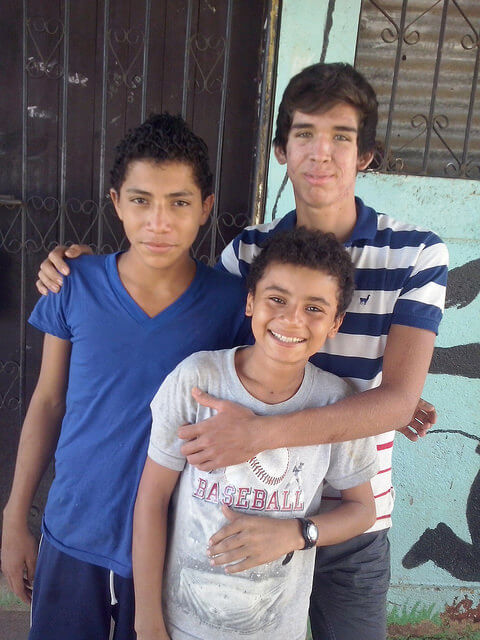 Ricardo said: “I’m new in Barrilete, I’m from this year, but I’ve been in the circus workshops and I like it really much, what I like the most is doing Acro”.

Jose Andres: “I started to do circus a year ago, with the last foreign group (PWB team from the last year), I like juggling balls and Diabolo, and what they have teach us help us when we make presentations in activities here (in el Barrilete)”

Leonel: “Since I was 12 years old I’ve practiced unicycle and plates, but when the guys (PWB team) came we learned things that we even knew it existed, like the Hula Hoops and Diabolo. I like Diabolo the most. What I like most of Circus is that we take a smile out of the kids, and also going out from here to there”

From this feedback it certainly sounds like PWB took the right ‘next step’ in supporting the children who we have been teaching over the last 3 years to continue and support their practise whilst there is not a PWB team in country.  In addition to this, PWB are supporting young national artists to make some income in a country that not only had very little support for the arts of any sort but also very low job employment opportunities for young people.  The teachers from El Nido de las Artes are very talented but have very few opportunities to be employed as circus artists or teachers in Nicaragua – we are so lucky in the west that we can (more or less!) make a living from doing what we love.  PWB plan to continue this work in Nicaragua until the 2016 team arrives in January.  We then need to review the situation, as we are in need of more funds to continue supporting this work into 2016.  Do you think it’s worth supporting? You can help by joining the FAB500 and donating just £2/month.  Tell your friends and family – between a few of you, you could be paying for a monthly circus workshop for some very excitable and talented children AND supporting young emerging artists to make a living doing what they love… https://www.pwb.ngo/the-fab-500/fab500-instructions