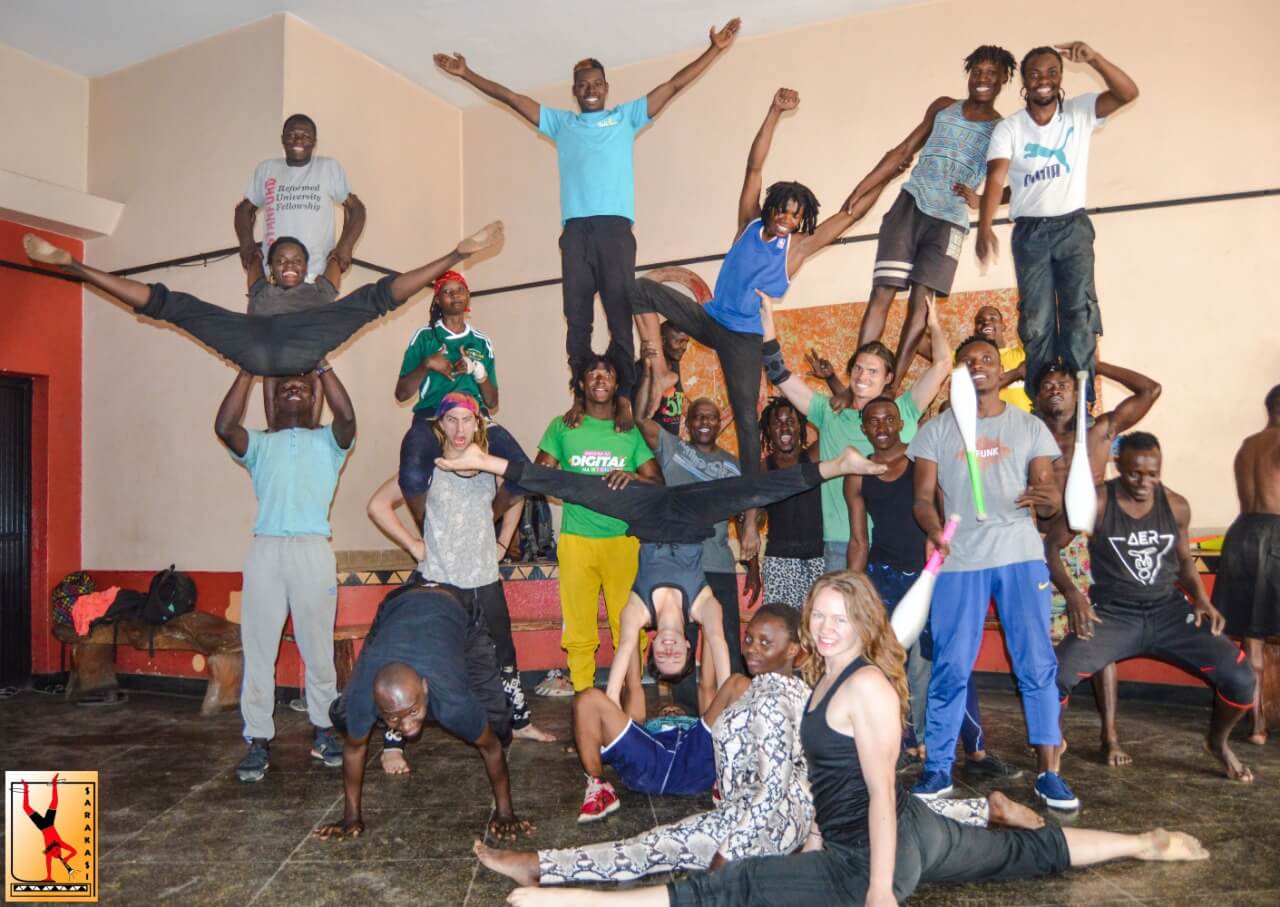 The Pwb crew arrived at a building that appeared to be unlike another in the city. With swooping sides and shapes that confuse the mind. The doors swing open slowly, the lights creep out from the inside, showcasing a room with ceilings as high as the clouds. More than enough to allow our imagination and creativity expand as far as possible with the incredible performers at Sarakasi ‘super’ Dome. 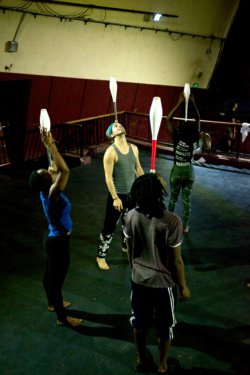 They had been invited to educate the students that turn up daily, practicing their skills hoping to one day take it out into the rest of the world. Unaware of the significant level of the acrobats, they immediately saw that they would be learning as much as teaching. From the quickness of their juggling speed and the architecture of their human buildings, it was obvious they did not slack in their dedication to learn. Starting off small, literally, with the Sarakasi kids. 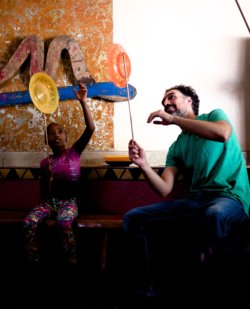 These little balls of joy immediately grabbed all the attention with their ability to work together and immense amount of energy. With incredible listening skills their class moved very smoothly and made it extremely easy for them to obtain any knowledge that was handed to them. Most impressively was the end of their yoga/ dance class. The children sat around and meditated beginning their day with a calm and centered mind. Prancing down the gargantuan spiral stair case they all arrived at the main room prepared to participate in juggling, acrobatics, hula-hooping, poi, and aerial arts. Like humming birds in a garden they fly around to test out ever thing they can to find what they truly prefer. With everything at their finger tips they could test their mind and body separating them from the normality of the outside. The acrobats wanted to show off what they were made of and trained with the crew. 60 minutes of constant running, jumping, spinning, flipping, yelling, breathing, with excessive amounts of smiling, explained why they were able to accomplish feats they had demonstrated before. 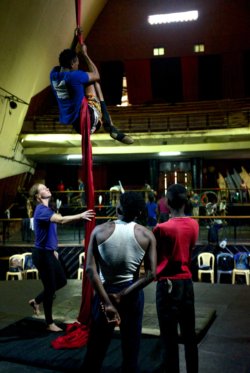 They proved themselves as true super humans. Only difference was that they had not had the opportunity to experience what the rest of the world had in store. The Pwb crew knew that everything they brought to the table could widen their horizon ten fold. Their brains had been driven so far in one direction it was beautiful to introduce some basics that allow them to communicate a little better. Sometimes when you hit the ceiling, go back to the floor and find a new path. The acrobats were so full off energy, and personality but had a harder time finding how to portray it on a stage in front of an audience. Hoping to help break down the wall that held them back from telling their story to the fullest. With the use of games their inner child was released and a new energy was formed. When props were incorporated with their previous skills they inherited new ways of using objects to enhance their performance quality. With all the accents that add finesse to their actions they once again began to reach for the clouds, literally and metaphorically. 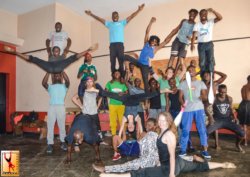 The crew then was sent to jail, to visit, not to stay. The assumption of going to a prison where the people are scary and everything is dark scared the group. When arriving at Kimiti maximum security prison it seemed a bit odd. So much color. There are some elementary schools with less beauty. There are big gates at the front welcoming new comers and visitors. Once you enter there is an exstensive search to make sure there isnt anything to worry about. There was a crew of men who were anxious for our arrival. Sarakasi outreach program in conjunction with The Africa prisons project has a group of talented individuals who are working on juggling, acro, and character building to assist in their upcoming competition. 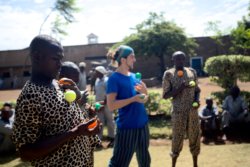 The prisons hold a talent competition allowing the inmates to win a mark of achievement. They demonstrated their show and it was stunning. The prison and its inhabitants set some goals for others around the world. A hospital is a place to go when someone is sick or injured and need assistance to be regenerated to return back to a normal life. Only moments of the day are actually lent to this process. The rest is countless hours of waiting and suffering until treatment. People become restless and usually impatient. If only someone were able to come in and add a spark of happiness to the growing darkness. Thankfully the Performers Without Borders and Smiles For Change are there to help. 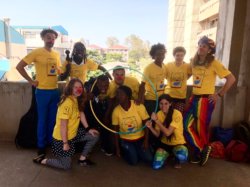 Flying in with bright moods and everlasting joy, a party scene to let patients know that everything will be alright and everything is ok. They have balloons that will inflate their positivity and bring a new vibe to the air. Bright colors and fun activities that cover the long white walls that surround the building. All the children come out of their caves to be a part of the festivities rising them from their chairs to dance all as one. For even one second they feel a deep breathe of fresh air allowing them to see an uplifting future. 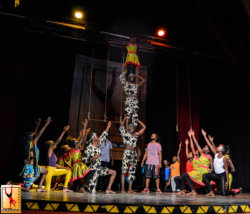 At the end of the project we had the privilege to perform a show with PWB and the Sarakasi performers free for children. We put together an extended version of our ‘Superhuman’ show, showcasing a true mix of cross cultural entertainment. Together the performers enlighten the lives of every child they come in contact with. From those who have very little to those who feel they have everything, everyone is special and has the opportunity to be themselves, learning skill sets that can make them unique. They are all unique in their own very special way.