They say time flies when you’re having fun, and being here is certainly no exception to that rule. Each day, as we walk (or unicycle) down to EWSCF, past the many market stalls, the main square, the chapel wallahs, chickens, tourists and temples, we find ourselves exclaiming about the date; surely we haven’t missed a day again!

The children, however, are proof that we have indeed been here for two weeks. The skills are being picked up incredibly quickly, accompanied by wide grins of pride and satisfaction, from both pupils and teacher. From the dedicated unicyclists to the high skilled jugglers to the acrobats back-flipping off furniture, the enthusiasm to ‘play circus’ is undeniable. Even the three year olds, between spinning plates and attempting diabolo, will give handstands and cartwheels a valiant effort.

But it’s not just the smiles of the Edith Wilkins children that we’ve had the honour of sharing this week. We’ve also done two outreach shows. The first one, at the Salvation Army’s school for the deaf, was received with much laughter and a flurry of expressive dancing hands, despite missing out on the music. The second, at Holy Angel’s school, was enjoyed so much, that at one point Charlotte was bombarded with half the audience determined to help the ‘sweet scatty lady’ pick up her 15 juggling clubs.

Not only were the kids in uncontrollable hysterical laughter, but the nuns and teachers were joining in call and response in full force – so much so that after the usual invitation of tea and biscuits, they said goodbye with a loud enthusiastic ‘Honk honk, ding-a-ling’ and a command that PWB MUST come back next year!

And so, another week is complete. New skills learnt, more children inspired, and the team, tired, but content and smiling! 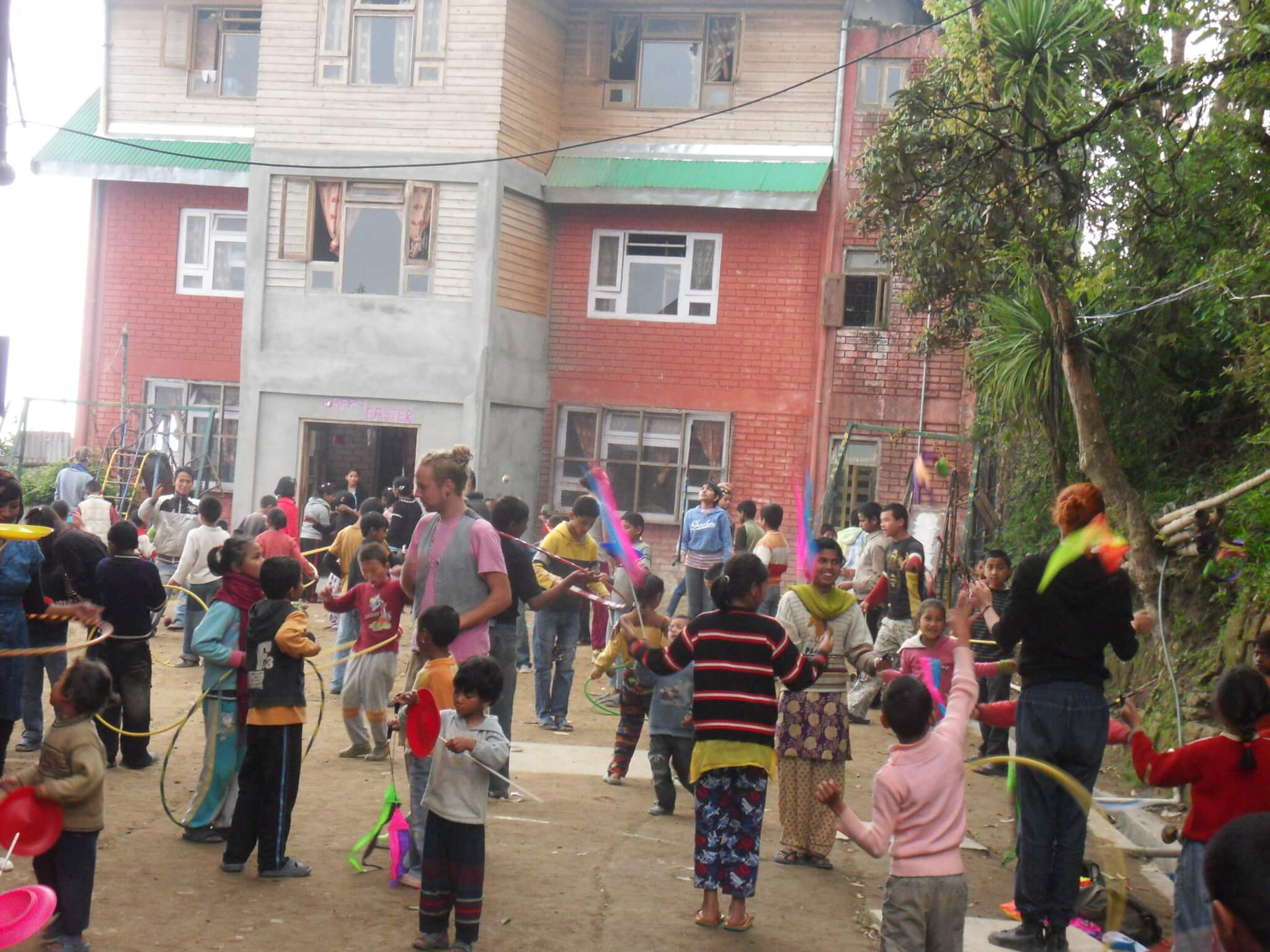 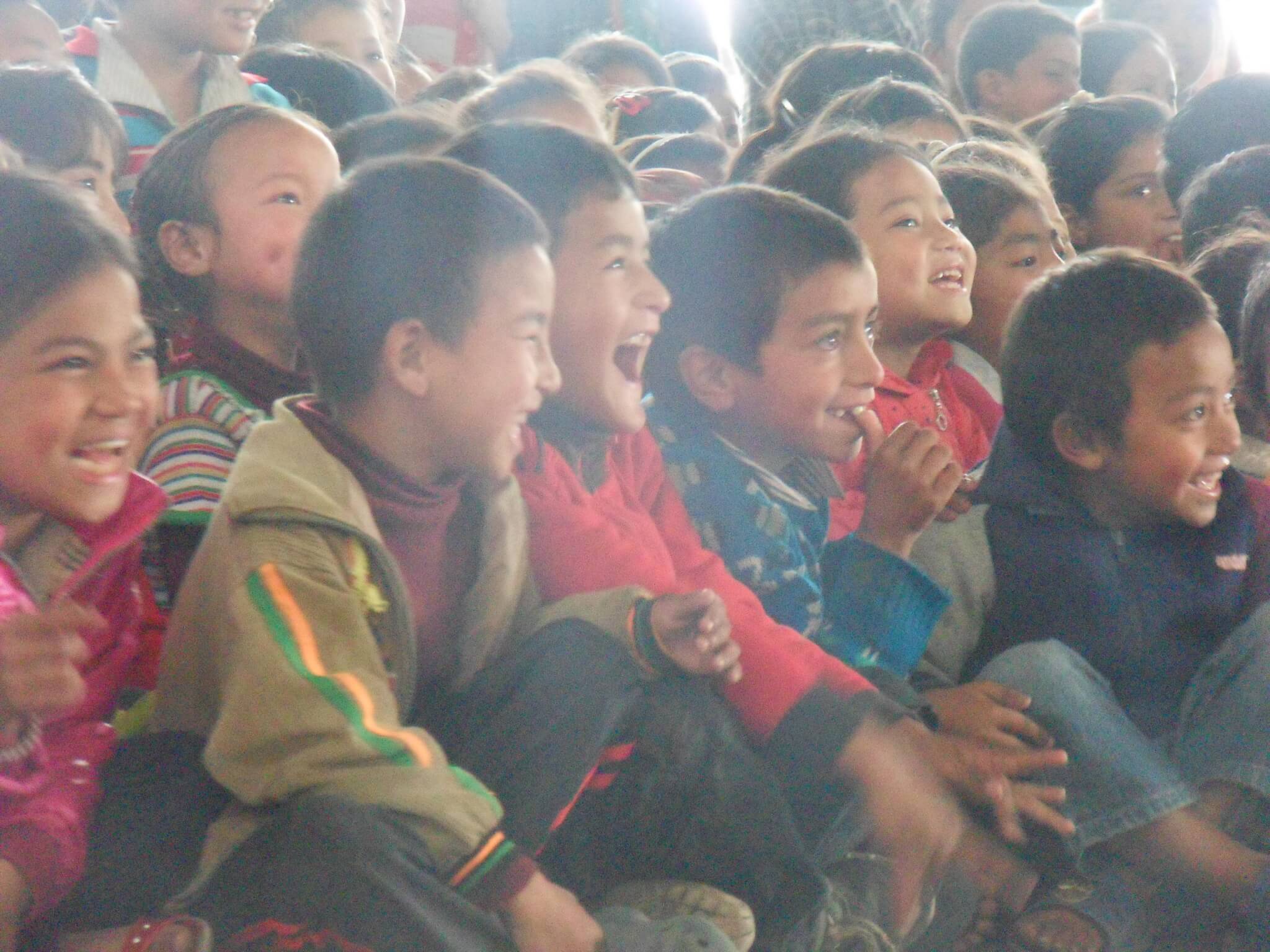