This week we continued our work with the kids at Ninos Del Fortin & Las Chavaladas. These are the two organisations we work with regularly here in Leon. This week we started introducing performance workshops in addition to our regular games and props lessons. We are preparing the kids for a show they will put on for the public in two weeks at the end of our project in Leon. Some of the kids have done a show before with previous PWB tours. In fact, about seven boys from the Chavaladas already had a hula hoop routine they had been working on since the last tour had visited. On Wednesday after a group warm up and some games, we encouraged the boys to show us what they had made.

What followed was a genuinely impressive five minute hula hoop routine that displayed commitment, passion, collaboration, and pride in their work. It was clear they had learned a lot from volunteers who had been here before, and had built upon that knowledge to find their own unique voice and creativity with the props that have been left for them. 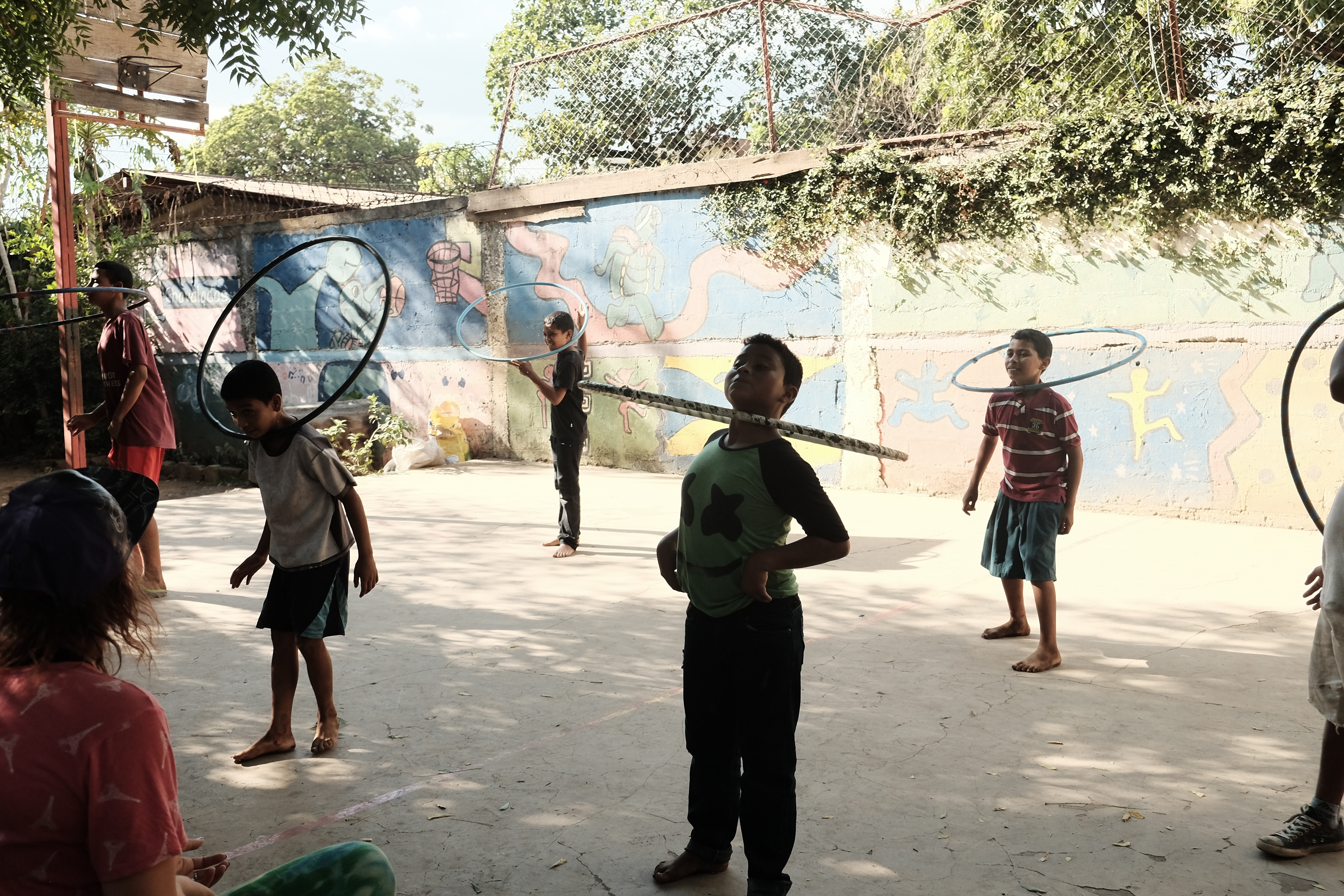 In both groups, it can be hard to rally attention. Some kids here view recreational activities as a waste of time because their families might expect them to be working or spending their time picking through trash to find and sell recyclables. The age and gender gap between some of the kids can be challenging as well. It’s a super macho culture here, or has been for a long time. There are signs of that changing everywhere, but for some girls being around boys ( who are considered men at age 10 here) can be overwhelming and they shy away from participating. For older kids, joining in activities with younger kids isn’t always a vibe that excites them and they might end up sitting out. Our team has regular meetings on how to address these variables, and has been doing a pretty good job of figuring out how to engage as many kids as possible and keep activities interesting and approachable for the kids.

After our session with the Chavs, the team went out with the Escuela Movil, a mobile school cart that travels to various places in Leon offering impromptu educational experiences for kids. The Escuela Movil (which always sounds like Cruella Deville in my head and inevitably triggers a humming of the catchy jingle) is an awesome resource here in Leon. Volunteers roll out the cart to parks and barrios around the city. It has boards that roll out of the central unit, each with lessons in math, science, grammar, and other subjects. Each board has large sections of chalkboard with a supply of chalk for the kids to participate in the lessons. 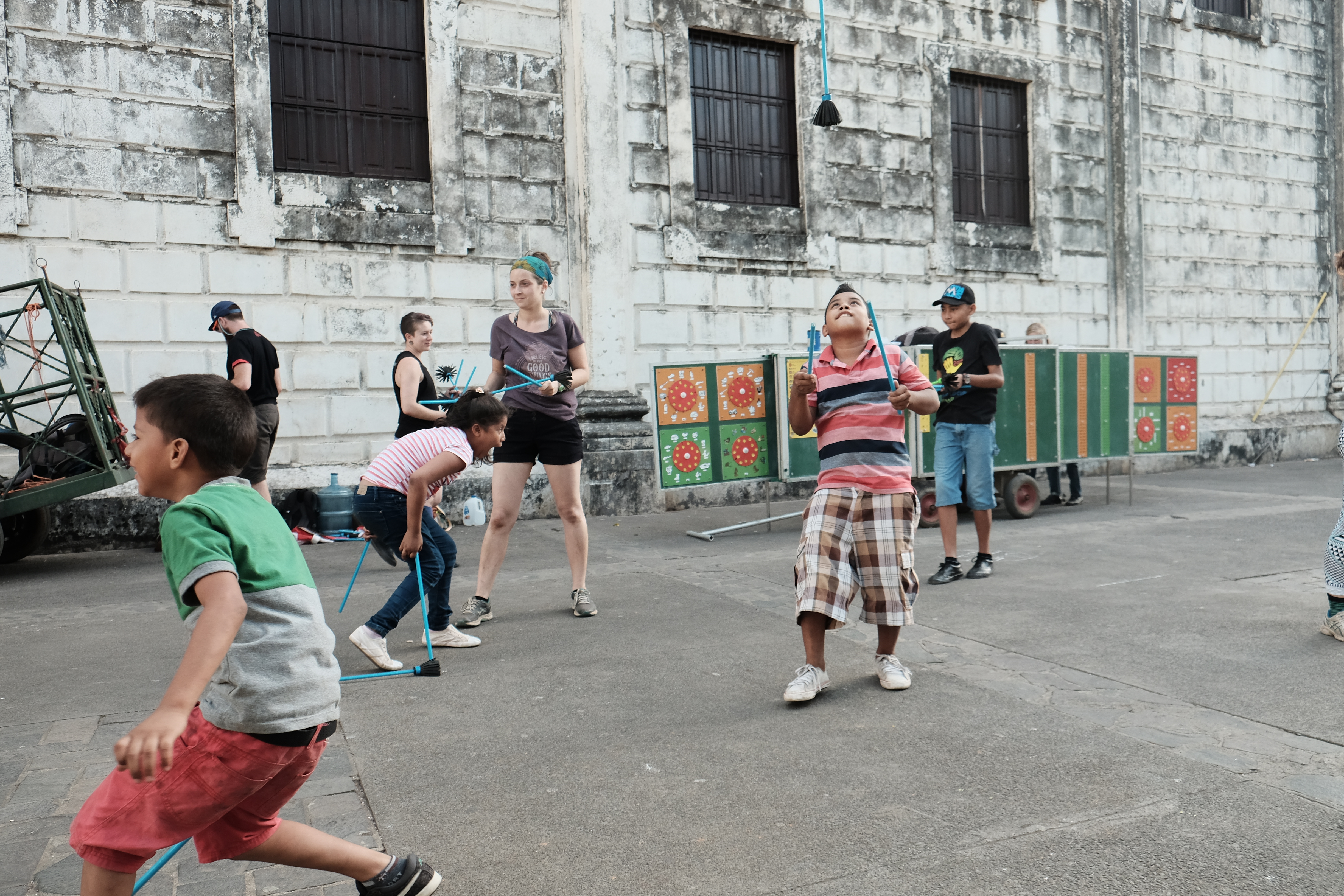 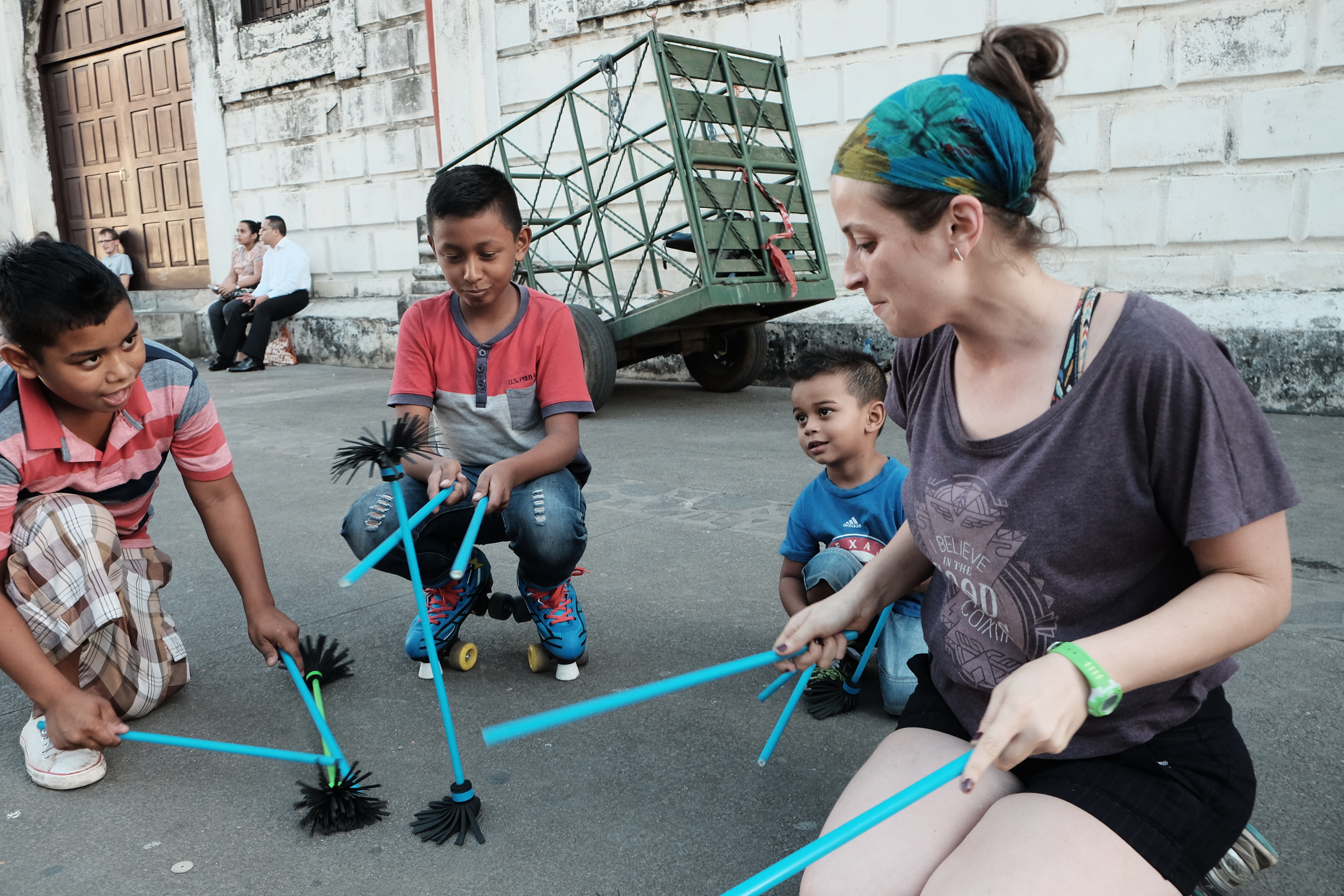 On Thursday we split the team after our morning workshops at Ninos Del Fortin. Sara and I went out with the Escuela Movil to a quiet neighbourhood where a few kids regularly show up to participate in the mobil cart activities. We brought some hoops and dragnstaffs, and spent a relaxed afternoon sharing some skills with the neighbourhood kids. The rest of the team did a show and play session at another location in Leon. Divide and conquer, as they say. The team changed up the show to make it work without us, and totally rocked it out. 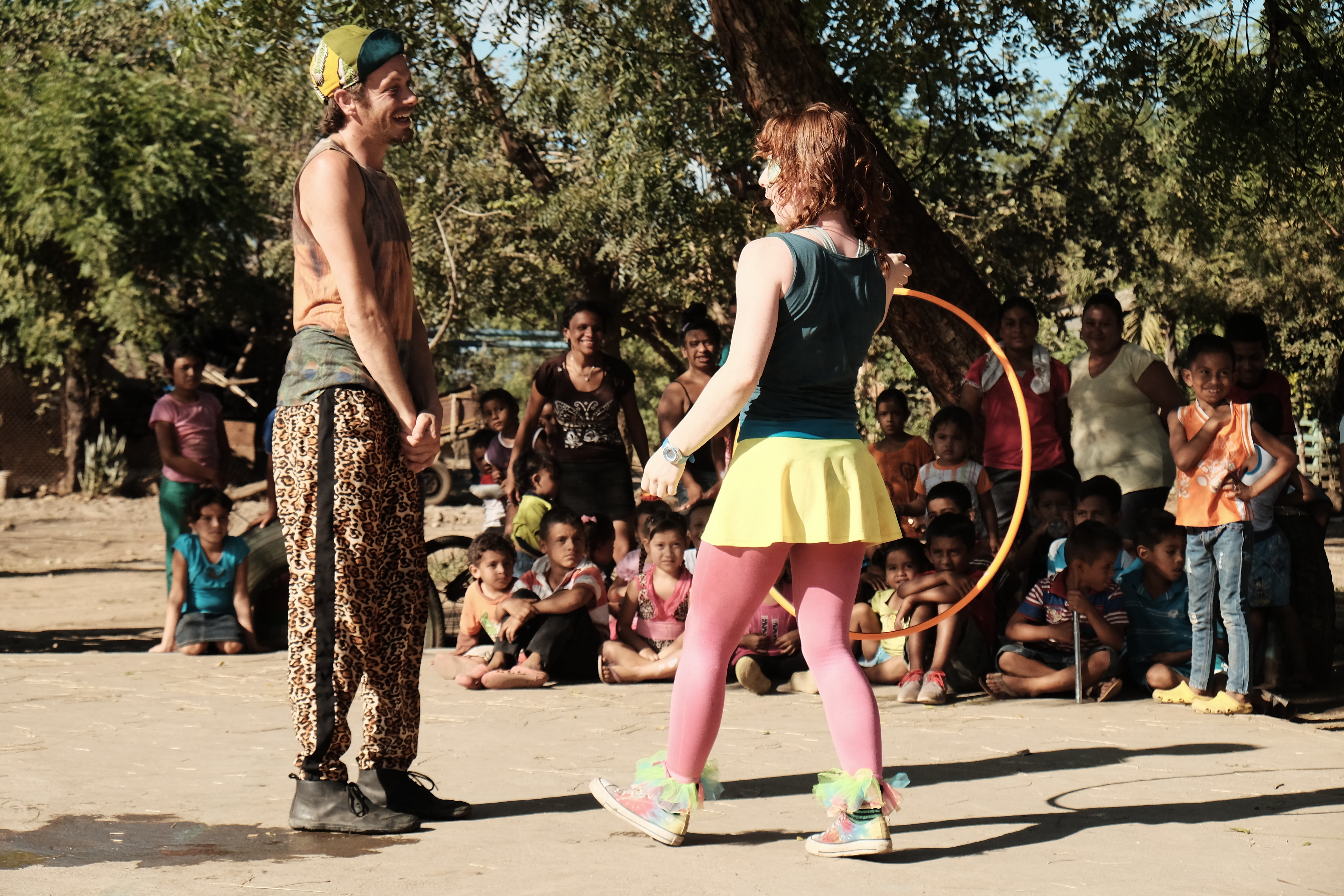 Image from show at Rpto. Hamburgo 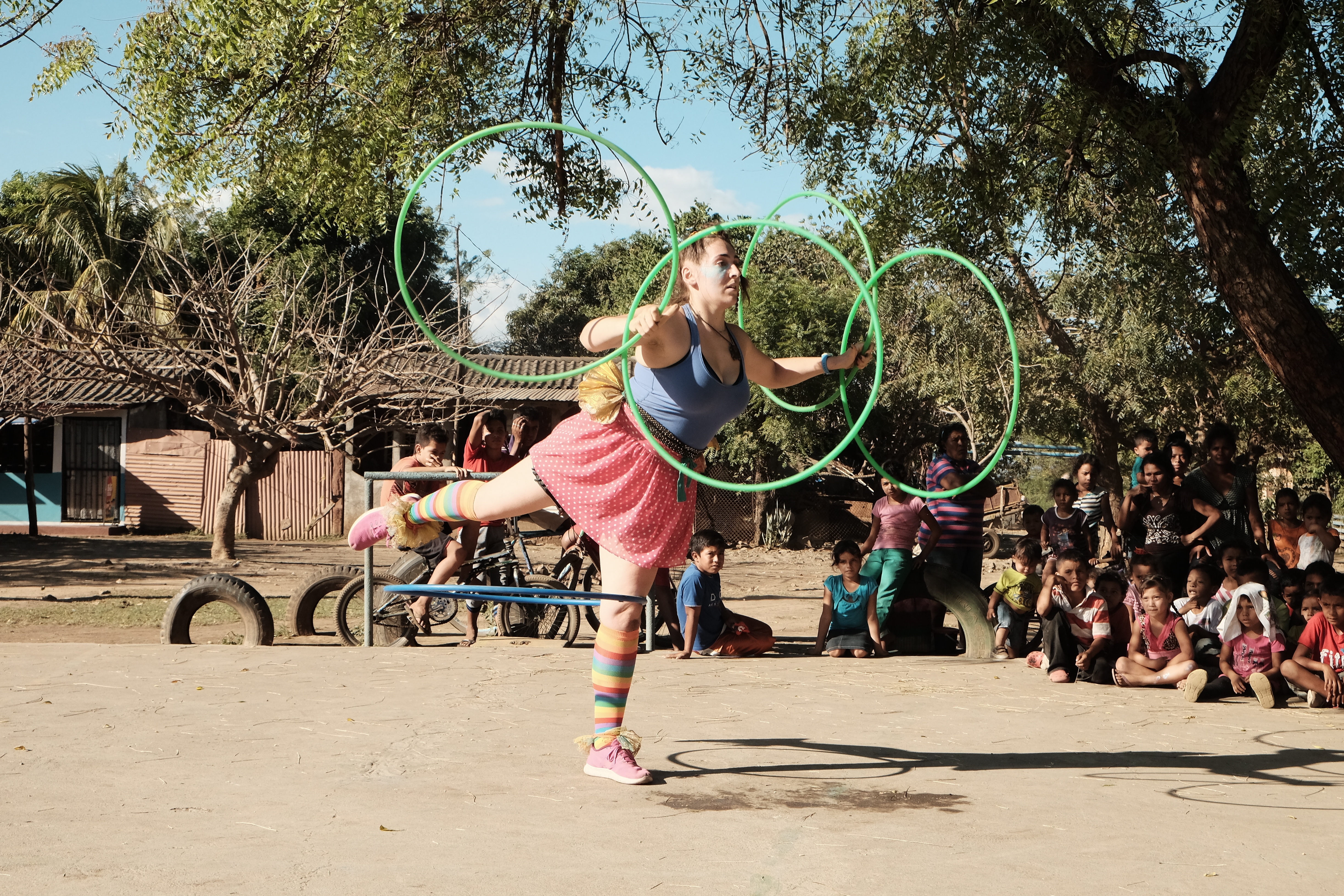 Image from show at Rpto. Hamburgo

Later that night, the whole team was treated to dinner by Chris and Maggie Thorburn, parents of Rob Thorburn. Rob was the pioneer who led the first PWB Nicaragua tour in 2013, and his parents just happened to be in town and wanted to take us out. They were so sweet, and shared stories with us about how they began doing outreach work here in Leon and which organisations they work with. It was a much appreciated night of new friends for the team, and our tummies rejoiced in a night that wasn’t comprised of our standard rice and beans dinner.

Friday we did more work with the Chavs in the morning, and at night had an amazing skill share with a local group of salsa dancing stilt walkers, Los Zanquistas. They led our group in a salsa dancing warm which had us all sweating and smiling profusely within minutes. We then got into pairs and were taught some standard salsa dancing moves.

The instructor walked us through a series of moves that had us feeling like the coolest kids on the block. We switched partners every time we learned a new step to keep things fresh, and ended up dancing with everyone by the end of the lesson. After about an hour of dance, we switched roles and the students became the teachers. Their group was excited for us to share theater games, as well as teach them new tricks with juggling and hula hoops. We went well over the allotted hour we had scheduled, and only stopped when our team realised we had drunk all of our water and needed desperately to rehydrate. Reluctantly we wrapped up our lessons and headed home.

The next morning we got up early to discuss our coming weekend of madness. Our team was heading to Salines Grandes to put on a show with some local kiddos. We had a total of four hours to work with a group ofkids we found hanging out in the streets, and put on a show with a theme about saving turtles and protecting turtle eggs. There is a big problem here with people eating turtle eggs, and our team was charged with the mission of putting on a show with these kids promoting appreciation of turtles and ocean life. We decided to call the show “Huevos Nuevos”, or “New Eggs”. It was chaos. It was beautiful. It was a huge success. 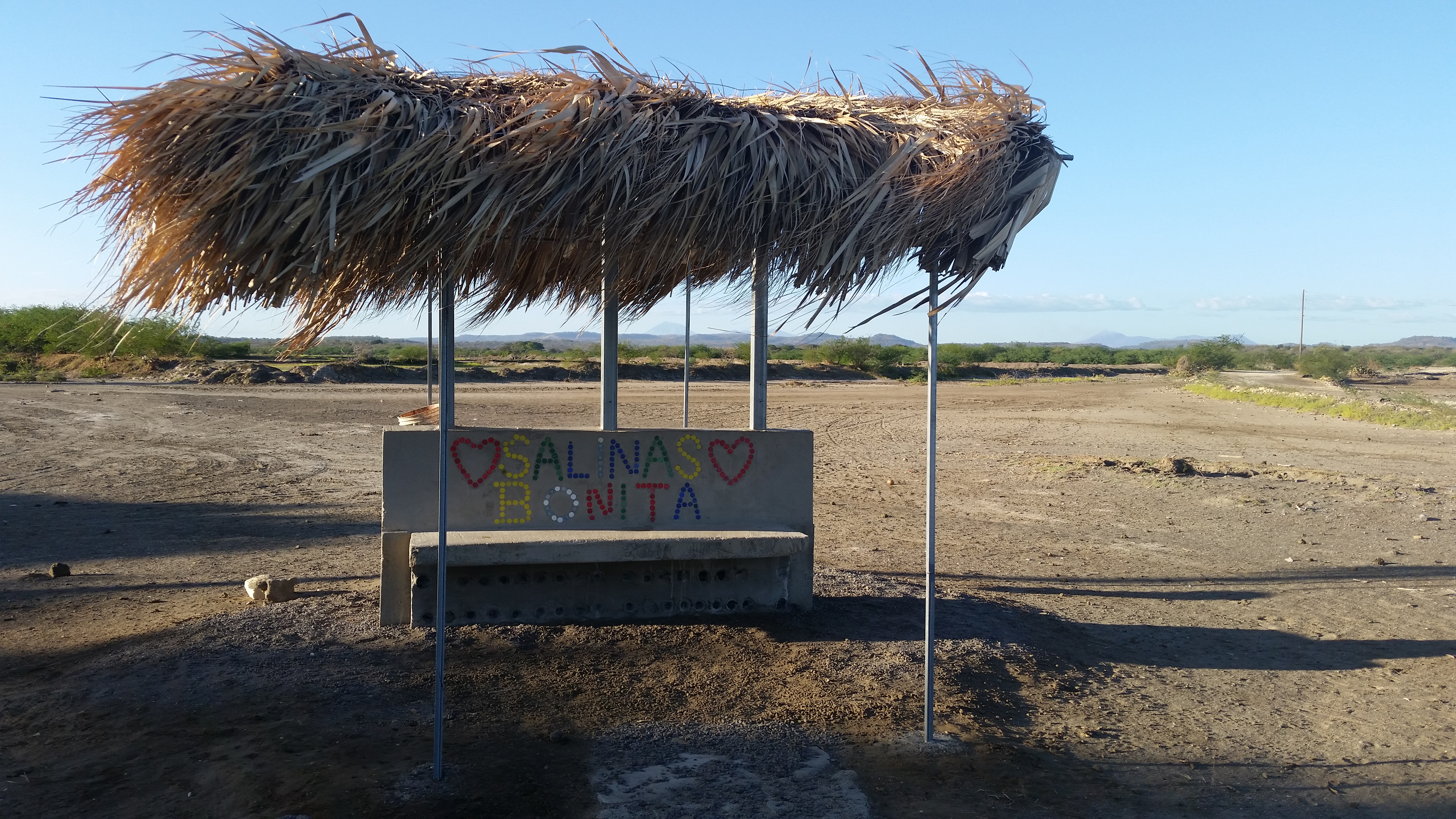 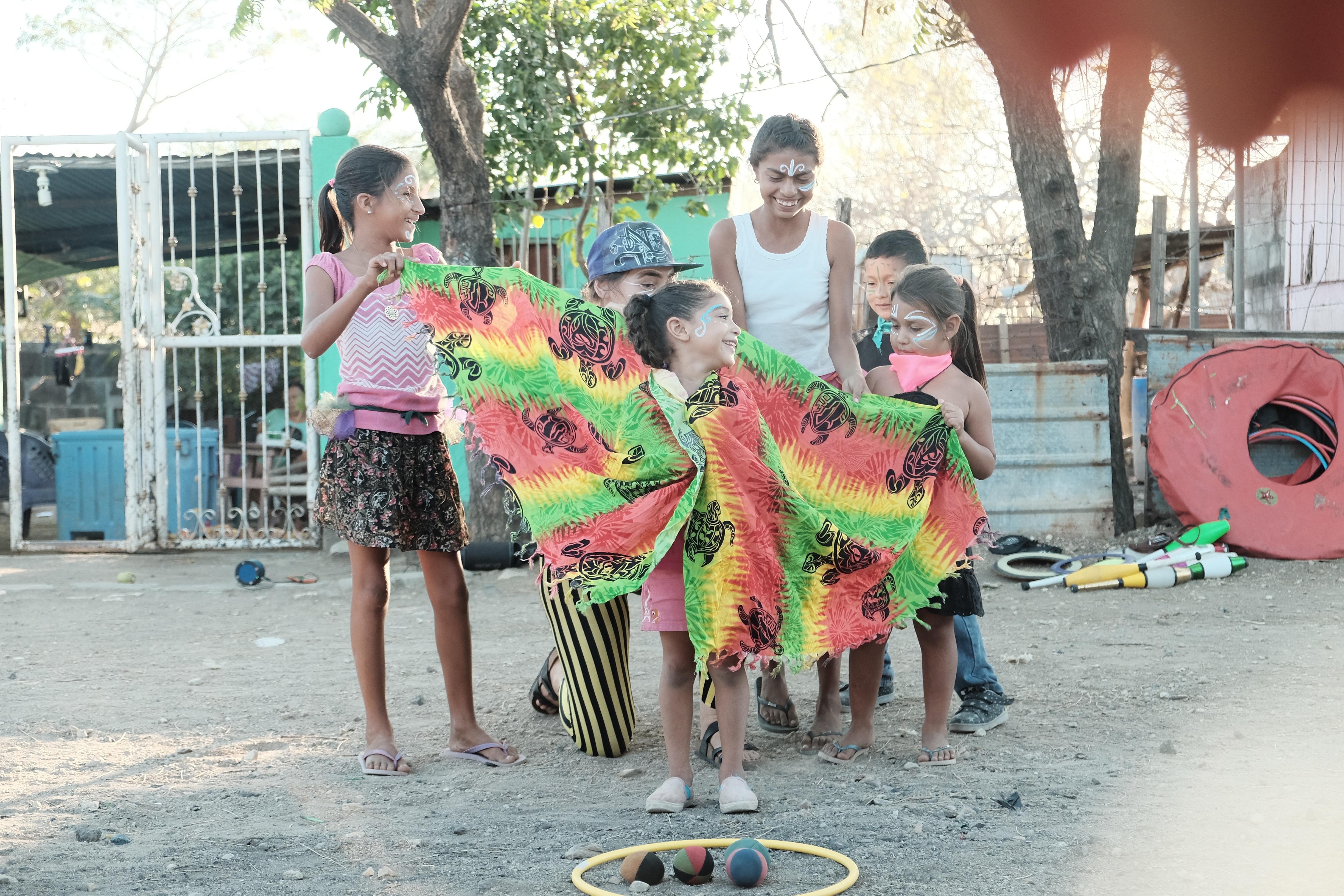 Holy cow. What a week. Stay tuned for more excitement… For now, that’s all folks! -Ivy

** All photos in this blog were taken by Leo Astorga.