In the afternoons we worked with Asha Deep Vidyashram a school where the majority of the children are of the lowest caste in the controversial Indian caste system. The children here have however had 6 years of circus training with PWB in the past, this is clear when you see the level of skill these children have, some only 12 years of age and talented in various circus arts.

The children were extremely receptive and eager to learn more and more. Working with the same children everyday we quickly got to know them and appreciate each ones unique attributes and quirks. In addition to daily workshops we did fire training 3 times a week with the more advanced children. Reaching the level of performing with fire seems to be a big thing for the children as each year who can perform with fire grows as they inspire each other every year. 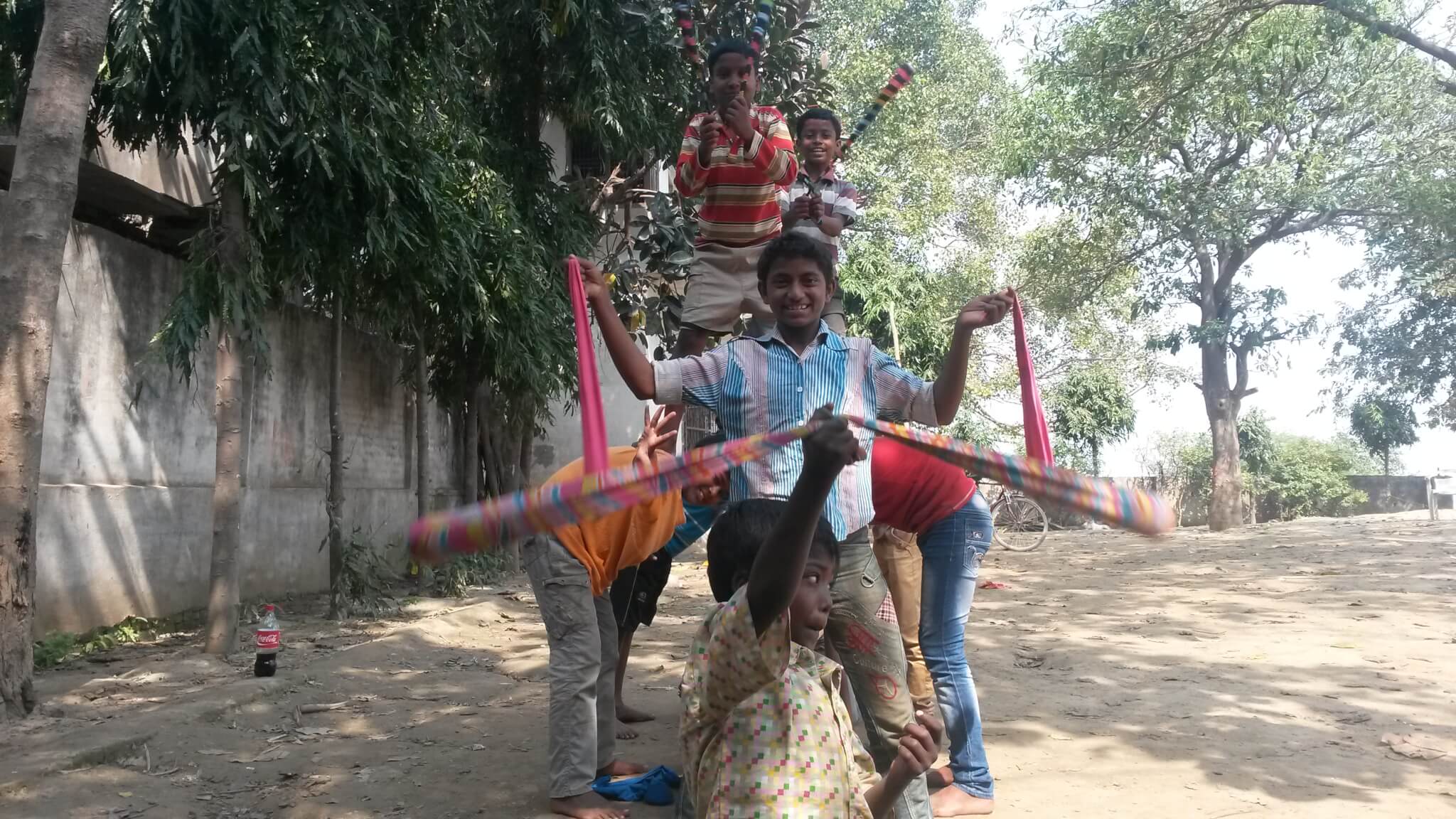 Asha Deep puts on a yearly show to celebrate the coming of the New Year which for them is in the middle of March. This showcase contains various dance and theatre acts put together by the school. Additionally they work in circus acts performed by the children, choreographed by the PWB team. For the children this show is of great importance and is something they have been working on for months in advance. We spent much time with the kids working on fire and non fire acts for the show. (You will see in our Varanasi video)

When it came to the night of the show there was a beautiful stage covered in flowers set up in Assi Ghat. All the children were there with fresh haircuts and their best clothes, confident about their performances ahead. The crowds started to gather and soon the audience was full with over 300 spectators including all the parents, locals and travellers mixed. All the hard work of the children, teachers and the PWB came down to the next 3 hours.

Wow, the costumes, bright lights and smiles! Interspersed with traditional Indian dancing, singing and Bollywood numbers were the circus acts, poi, hoop, staff, diabolo and juggling clubs. There were minor mistakes but the kids handled it like professionals. After the lights go down the fire show starts, safety by the PWB team (smiling with pride) twirling hoops, whooshing poi and solo’s by some of our star students – Jaya on staff and Manish on fire ropes.

All in all the show was a huge success. They performed their hearts out and captivated the audience with their acts. They knew they did well as they received large applause from the audience, Their eyes were filled with pride and achievement. This is the goal to build confidence and show the kids they can do anything they dedicate themselves too. 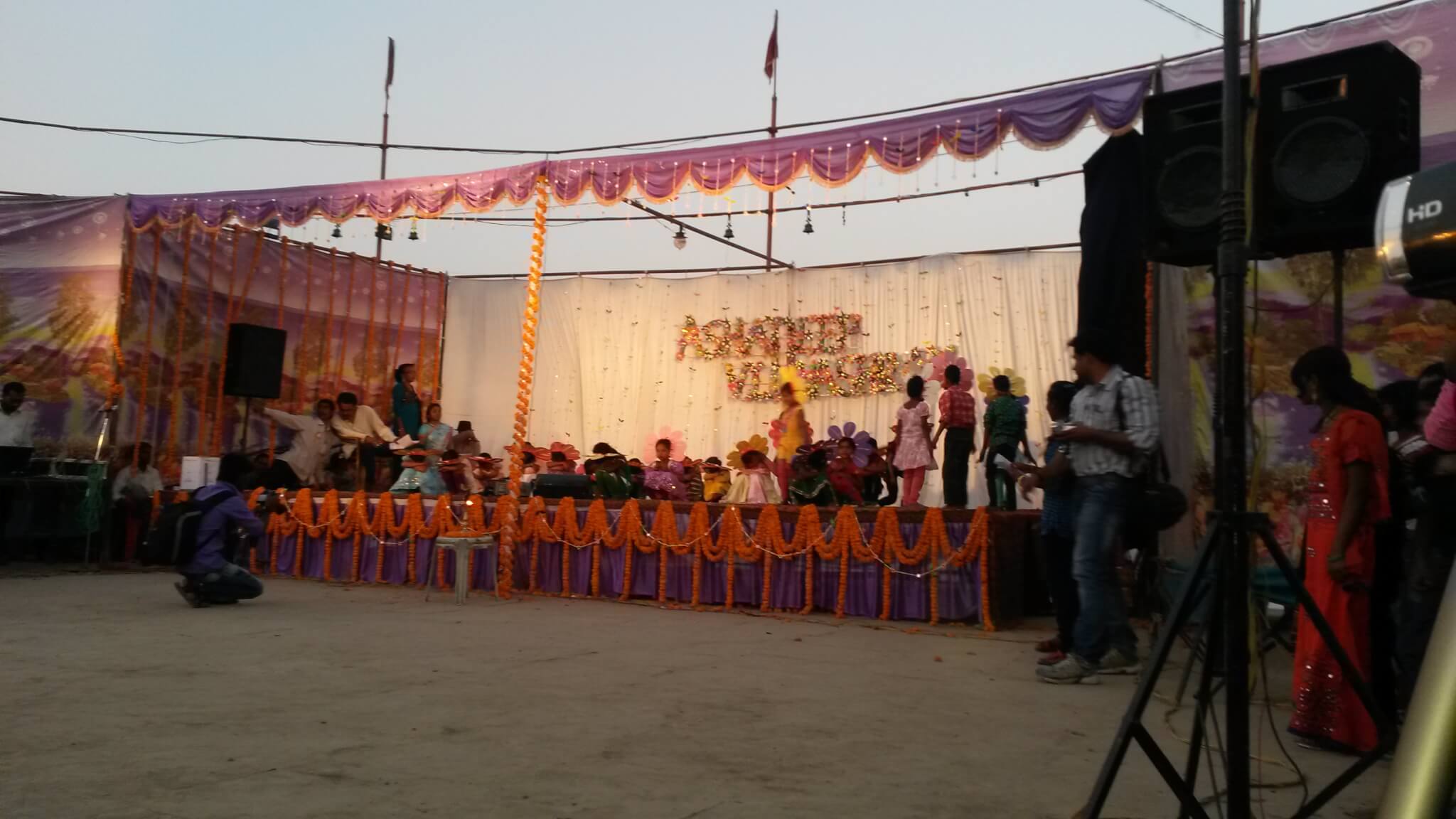 Overall Varanasi was hugely successful. Asha Deep workshops went smoothly and their year end show was spectacular. Stronger ties were made with our newest partner organisation Duniya. The team worked full time for a month, teaching morning and afternoon sessions 5 days a week. This hard work does however not come without its costs. Sadly two members of the team decided mid way through the project they could not continue and wanted to leave. The team managed to pulled together, take on the extra workload and keep concentrating on what is most important, the Children.

The team now sets off for a two week holiday before starting their next project in Darjeeling in April.